Jason Kokrak has admitted the PGA Tour can at times "be a grind" and wants to make as much money as he possibly can, cutting a different tone to other competitors this week. 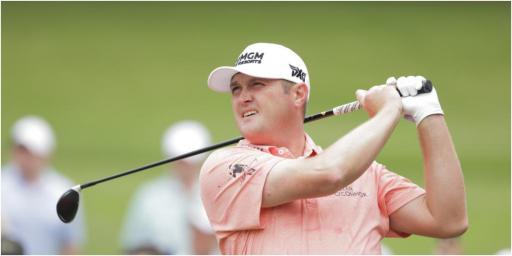 Jason Kokrak has won three times on the PGA Tour in his career which means his bank balance is likely fairly healthy.

And last season, his winnings overall were more than $5million for the now 36-year-old father of two.

That being said, he appears to be brutally honest in his motivations for playing the Saudi International this week alongside the game's elite.

"I've had long conversations with a couple of the elite players on the PGA Tour. I haven't signed any $20 million contracts or any elevated contracts that would make me want to stay. I want to make as much money as I can in as little time.

"There's been no official contract that's come my way. I've heard rumours of guys signing already, guys in extended talks with the Saudis. I'm an independent contractor and I’m trying to take advantage.

"Competition is good. The Saudi Golf League or the Premier Golf League or whatever you want to call it has gained traction and created competition for the PGA Tour, which has in-turn increased the purses."

Such has been the impact of money from the Saudis the PGA Tour have been forced into strategic alliances with the European Tour.

That ultimately led to the rebranding of the DP World Tour with even bigger prize purses announced.

There's also the PGA Tour's play impact program, which gives their star players a chance to earn even more money.

Tour player Pat Perez has spoken out about the impact program before, as he admitted these cash prizes are only realistically going to go to the game's elite players.

"I'm curious to see if the PGA Tour would've ever increased any of that without this competition. It's scary to see how much money is out there, how much money was held back from the players, from the people who are making the money for the tour.

"It's an interesting concept. I'm enjoying the PGA Tour, but if somebody's going to pay me enough to retire in the next four years... it's more money than I could possibly make winning multiple times a year on the PGA Tour and being told what to do.

"I don't have any intention of signing anything as of right now but cash is king and if somebody pays me enough money that my kids' kids are going to have a good head start on life then I’m going to have to take full advantage.

"The amount of money that's going to be available playing against a 64-man field as opposed to 128 to 132 to 156-man fields, you're going to make a lot more money in a lot less of a time frame.

"As I said, I'm going to try make as much money as I can in as little amount of time, so if the money's right I would love to go play that tour and play against some of the guys that are going to go out over there."