Saudi International: Will golf have a Lewis Hamilton this week? Definitely not. 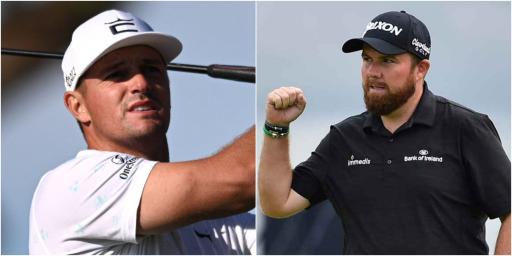 I'm not a politician and I need to go there.

Not my words, but Shane Lowry's, who a few weeks ago was speaking ahead of the Saudi International. Now we have arrived in the week of the tournament and Lowry is joined by some of the world's biggest stars taking part in what has been described as the Bonesaw Invitational.

Whatever way these players are spinning it, it will make for an uncomfortable week and rightly deserves to be. One of the biggest things we've heard is how these players are "not politicians" and ultimately want to "grow the game".

Growing the game, I tentatively suggest, would be injecting more money into the mini tours. Give the next crop of stars the chance to actually earn a living before they inevitably give up and find a different career path as they currently compete for peanuts.

Growing the game would be investing more money into schemes to get younger people involved in golf. In increasing diversity by trying to attract groups of people the game has shunned in the past.

Growing the game is not giving multi-millionaries who are already sitting on large pension pots from the PGA Tour, DP World Tour and multi-year equipment and clothing deals even more wonga.

Justin Rose claimed that the Saudis are "trying to change". Bryson DeChambeau echoed these sentiments, too, suggesting that he simply wants to compete with the best players in the world and really didn't want to go into further details in a Zoom press conference.

One thing struck me the other week watching DeChambeau's podcast with Rick Shiels. He explained that last year when the times were tough he thought of quitting the game. He couldn't do anything right. The media were hard on him.

He had enough money, he explained, to simply not play golf anymore and just do what he wanted to do. Which begs the question, if it isn't about money then why is he heading to Saudi Arabia? If he's fed up of the media criticising him, then why bother?

The PGA Tour are hardly saints but at least large amounts of money go to charity every week. It's not immediately clear to me from their branding what charitable causes the Saudi International is supporting.

Money does matter to DeChambeau. He's plugging clothing on his YouTube channel now. Go get yours today. Use the code: BOMBS.

This isn't a particular slant aimed at DeChambeau alone. I enjoy his content. I think he's largely misunderstood. But when it comes to this Saudi Arabia he and everyone else taking part in this tournament need to understand they are being used as puppets.

They just won't admit as much.

The golf writer Eamon Lynch cracked me up when he wrote: "Mohammed bin Salman is not paying Lucas Herbert to grow the game or Jason Dufner to be a dinner-table raconteur."

He added: "It's a ridiculously complex scenario of culture, religion, beliefs, this regime and rulers, because it's so much different to the world we've grown up in.

"What I truly believe is that everyone should have human rights, freedom of speech, freedom of movement, and there are places where that's not allowed."

Hamilton later raced with his helmet in support of the LGBTQ+ community. Of course he wasn't going to change things simply by wearing a helmet, but at least he tackled some questions with more honesty than the elite stars of golf.

Will golf have a Lewis Hamilton this week?