Phil Mickelson booted out as tournament host of The American Express on the PGA Tour following his controversial remarks. 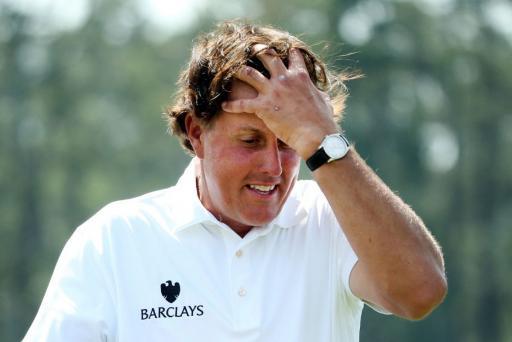 Phil Mickelson has been dumped as the tournament host of The American Express, according to the PGA Tour.

Mickelson, 51, will no longer serve as tournament host for the annual January stop on the circuit as a result of his controversial remarks about the PGA Tour and a new Saudi Golf League made to golf biographer Alan Shipnuck.

Golf's oldest major champion had served as tournament host of The American Express in California's Coachella Valley for the past three seasons.

RELATED: CALLAWAY DECIDE TO "PAUSE" THEIR RELATIONSHIP WITH PHIL MICKELSON

The PGA Tour has also confirmed the Mickelson Foundation charity will no longer be part of the tournament.

Mickelson has played a key role in the tournament down the years, making 19 appearances and winning it twice in 2002 and 2004 when it was known as the Bob Hope Chrysler Classic.

He made his first appearance in the event back in 1993.

Mickelson has come under fire this week after an excerpt of his conversation with golf writer Shipnuck emerged justifying his relationship with the Saudi government and revealing how he was using Saudi money to back a new super golf league as a means of leverage against the PGA Tour.

Here's what Mickelson told Shipnuck back in November, with the words being made public this month:

Mickelson has since apologised, albeit not to the PGA Tour, and he has now lost a number of his main sponsorships as a result of his comments.

The six-time major champion will take an indefinite break from the game in a bid to improve himself as a person, and it remains unknown as to whether Mickelson will tee up at The Masters in April.

NEXT PAGE: PAIGE SPIRANAC BLASTS PHIL MICKELSON'S APOLOGY AND LABELS HIM "TOO SOFT" FOR SOCIAL MEDIA