Daniel Berger has been dating Tori Slater for many years. Here's all you need to know. 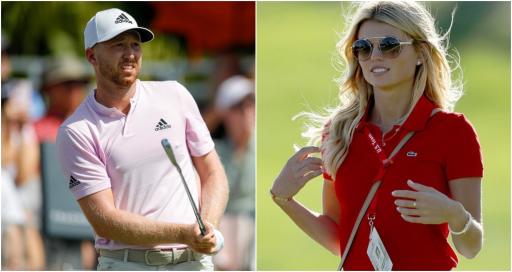 Daniel Berger may not be talked about in the same breath as one of the best players in the world but he deserves to be.

The 28-year-old is one of the finest ball strikers on the planet. He starred in the Ryder Cup whoopin' and has won four times on the PGA Tour.

That most recent victory came at the AT&T Pebble Beach Pro-Am in 2021.

At the time of writing he stood on the verge of his fifth PGA Tour victory holding a five-shot lead after 54 holes at the Honda Classic.

Throughout his successes in recent years, he has had his girlfriend Tori Slater by his side.

Who is Tori Slater?

She was born Victoria Slater but prefers to go by Tori. It is not known when and where the pair met.

Slater attended the University of Kentucky before transferring to Florida Atlantic Universtiy to study marketing and business.

She keeps her Instagram private and prefers to maintain a low profile, but it is believed she is a realter specialising in several areas in Florida.

Slater was pictured alongside many golf events with Berger such as the 2016 Masters Par-3 tournament where she was his caddie.

She was also pictured at the 2017 Presidents Cup - where Berger won two points from three matches - and also at the 2018 U.S. Open.

One of her good friends is reportedly Paulina Gretzky. Berger also posted a video of her golf swing.

Both Berger and Slater are known for their philanthropic ventures. They both have volunteered at the Nicklaus Children's Hospital.

The hospital was set up by Jack and Barbara Nicklaus in 2004.