Workday have decided to drop Phil Mickelson as spokesman following his recent comments surrounding the PGA Tour and a new Saudi Golf League. Heineken/ Amstel have also cut ties with him. 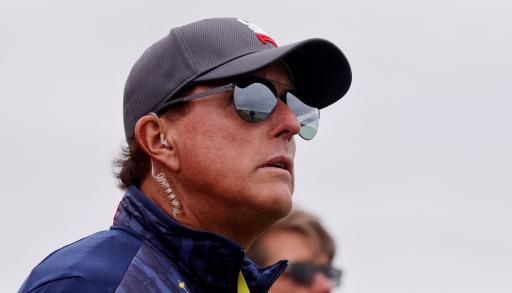 Financial management company Workday have decided to drop Phil Mickelson as spokesman following his recent comments surrounding the PGA Tour and a new Saudi Golf League, according to a report in Golf Digest.

The news comes little more than 24 hours after KPMG confirmed they were also ending their sponsorship deal with Mickelson.

"At this time, Workday and Phil Mickelson have mutually and amicably agreed to not renew our brand sponsorship that ends this March," a Workday spokesperson told the publication on Friday evening.

"We want to thank Phil for his great contributions as a Workday ambassador, both on and off the course. And we continue to wish him and his family all the best."

Mickelson had been a representative for Workday since the 2017 Masters.

Mickelson specifically came under fire for justifying his relationship with the Saudi government and revealing how he was using the Saudi money that was backing a new super golf league as a means of leverage against the PGA Tour.

Here's what Mickelson told Shipnuck back in November, with the words being made public this month:

On top of losing KPMG and Workday, Heineken / Amstel, another of Mickelson's sponsors, have also cut ties with him.

"We made the decision to go our separate ways and end Amstel Light’s partnership with Phil Mickelson," said the spokesperson.

"We wish him all the best."

It has also just emergd that Callaway, which has sponsored Mickelson since 2004, has decided to "pause" its relationship with the six-time major champion following his comments, according to report.

Callaway Golf to “pause” relationship with Phil Mickelson (1 of 2):
Callaway does not condone Phil Mickelson’s comments and we were very disappointed in his choice of words – they in no way reflect our values or what we stand for as a company.

Mickelson (2/2):
Phil has apologized & we know he regrets how he handled recent events. We recognize his desire to take time away from the game & respect that decision. @ this time we have agreed to pause our partnership & will re-evaluate our ongoing relationship @ a later date.

Mickelson issued an apology for his remarks earlier this week, but interestingly, he did not choose to apologise to the PGA Tour but just his fans and those in charge of the Saudi Golf League.

Lefty ended his social media apology by telling his fans he "desperately needed some time away" in order to work on himself as a person.

NEXT PAGE: PHIL MICKELSON ISSUES AN APOLOGY FOR HIS CONTROVERSIAL REMARKS