The PGA Tour has granted exemptions but not without stringent conditions. 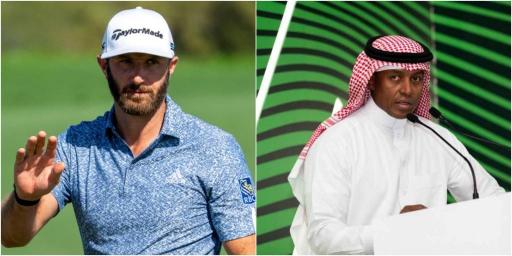 The PGA Tour has granted exemptions for players wishing to play in the controversial Saudi International next February.

In a statement released yesterday, the Tour confirmed that players could take part subject to stringent conditions being met.

The tournament will be played the same week as the AT&T Pebble Beach Pro-Am, so players are being told to support that going forward.

A memo to players was released on Monday detailing what is expected of them should they wish to play in the tournament.

MORE: THE BEST SHOT TRACERS FROM CHARLIE AND TIGER

With conditions, the TOUR has granted releases for those wishing to play overseas February 3-6 in 2022.

Those who haven't played it once in the past five years were granted releases on the condition they commit to playing it at least twice in the next three years.

According to the PGA Tour player handbook and tournament regulations, players who hit the 15-event minimum are typically eligible for three conflicting-event releases per season.

This tournament was the latest war between the PGA Tour and the Saudis, who have been trying to launch a rival Super Golf League by offering golf's biggest stars huge guaranteed pay days.

The idea to create a super league was labeled as an effort by the Saudis to "sportswash" its human rights abuses. The PGA Tour previously stated they would deny permission for those wanting to play in the February tournament.

Golfweek have reported that lower-profile players invited to play in King Abdullah Economic City have been offered appearance fees of around $400,000 with the mid-tier players given $500,000 and $750,000.

The high-profile stars are said to be guaranteed seven figures, with private aircraft taking them to and from Saudi Arabia.

Dustin Johnson, Tommy Fleetwood, Bryson DeChambeau and Phil Mickelson are some of the biggest names who are reportedly playing.

NEXT PAGE: KARL STENSON ROASTS HIS DAD AT PNC DINNER