The PGA Tour wants to keep the event as the richest in golf. 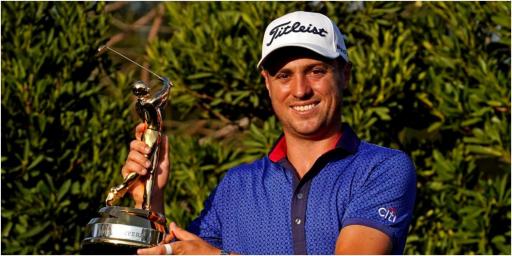 One of the marquee events on the PGA Tour will have a prize purse of $20 million next year.

The Players Championship at the iconic TPC Sawgrass is one of the most looked forward to events on the schedule.

It means that the winner will receive $3.6 million for taking the title.

The news was first reported by Golf Channel after they got their hands on an internal memo.

Golfweek have since reported on the news.

It means that since 2015 the prize purse has doubled and is still the richest tournament on the PGA Tour.

Go ahead and raise your hand if you love a good @JustinThomas34 club twirl.

HOW TO HIT THE PERFECT FLOP SHOT

RELATED: WHERE DOES RORY MCILROY GO FROM HERE?

"This increase further elevates the Players as the best championship in men's professional golf and furthers our efforts to deliver the flagship event of the PGA Tour in Northeast Florida, with the strongest field, the purest test of golf and a record-setting purse."

According to the memo, the Tour also wants to incentivize international players to complete in at least 15 tournaments.

Reportedly, players can earn a bonus of $50,000 under the "Play 15 Bonus" so they can retain their membership and qualify as voting members.

Elsewhere, it was reported that the Tour is also bumping the prize purse for the Sentry Tournament of Champions to $8 million.

RELATED: JUSTIN THOMAS REVEALS WHAT HE DID WITH RYDER CUP GEAR

NEXT PAGE: THIS PGA TOUR PRO HAS A NEW NICKNAME