Justin Thomas is set to tee it up at the CJ Cup tomorrow, a tournament which he has won twice before. 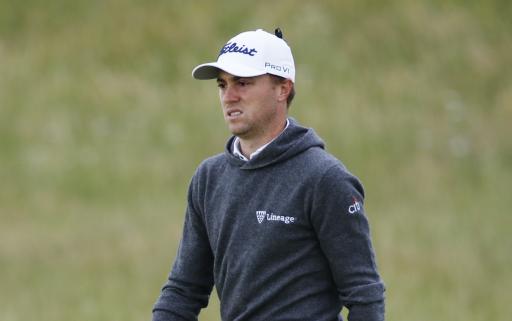 Justin Thomas is one of many of the world's top players making their reappearance on the PGA Tour this week at the CJ Cup.

Thomas won the Players Championship last season which kept up his six-year streak of winning on the PGA Tour. He now returns to a tournament which he was won twice already.

Ahead of the week at The Summit Club, Thomas has been given the nickname "Icon of the CJ Cup" in South Korea as a result of his success at the event.

When the 28-year-old won the tournament in its inaugural year in 2017 and in 2019, it was held at Nine Bridges at Jeju Island in South Korea.

RELATED: RORY MCILROY: WHERE DOES HE GO FROM HERE AND WILL HE SWING BACK INTO FORM NOW?

"That’s a cool nickname, I didn’t know that," Thomas said after he found out his special nickname on Tuesday.

"It’s a great week. The golf course, the food, the hotel. Obviously, the travel’s a little bit easier this week just coming to Vegas versus Jeju, but it’s a great tournament and it’s great to see a lot of familiar faces and hopefully, we can recreate some of the good memories here in Vegas."

The Summit Club will be very different to the previous CJ Cup venue in South Korea. The players will be faced with views of the famous Las Vegas strip and the Red Rock Canyon.

This season will look very different for Thomas with a new partner on the bag. After Jimmy Johnson told the World No. 6 that he would like to step down from his caddie duties after the Ryder Cup, he gave Jim "Bones" Mackay a call.

Bones, who famously caddied for Phil Mickelson for 25 years, has been working as an on-course reporter for Golf Channel and NBC since 2017.

However, the 56-year-old admitted that he could not turn down the opportunity to work with Thomas. He has stepped in to cover Johnson for Thomas on the PGA Tour before, but now he is the permanent carrier.

"Obviously I’m comfortable right now and I think he’s comfortable now, but I’m sure as more and more events go on, like anything, you just get better and better. At least that’s the hope," Thomas added.

"I think that’s the exciting part about it is that we’re already very confident, I feel like we can do a lot of great things, but at the same time, we’re just going to continue to learn and know each other better and better and hopefully get more comfortable.

"We’re going to learn about each other as we go on. I think we’re both very excited and looking forward to that."

NEXT PAGE: BRYSON DECHAMBEAU VS BROOKS KOEPKA: HOW AND WHEN TO WATCH THE MATCH!