The purse at the Players Championship is absolutely FRIGHTENING...

The purse at the Players Championship this week is the biggest in PGA Tour history, with the winner set to receive $3.6 million. 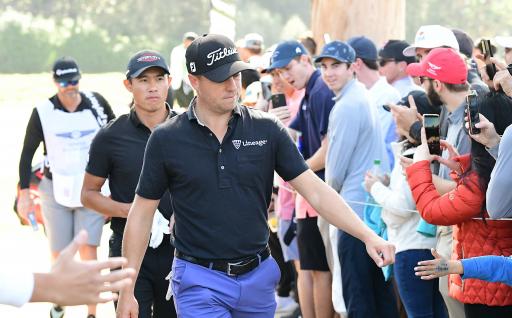 The Players Championship on the PGA Tour is offering the biggest prize purse in the history of golf this week.

The total purse that will be divided amongst the competitors is $20 million. The player in last place is guaranteed to earn $43,000.

If you finish in the top 36 places, you are guaranteed to earn a six-figure payout. But it is the top 10 places where serious money is made.

If you finish in the top 10, you are guaranteed half a million dollars. For a player who makes the top five at TPC Sawgrass, they will win just over $800,000.

Let's say it goes to a playoff on Sunday afternoon in Florida. Whichever player fell at the final hurdle would be cushioned by a payout of $2.2 million.

Players purse this week is comical.

And finally, the winner will receive $3.6 million. This is the highest winner's purse in the history of professional golf and nearly $1 million more than Justin Thomas' prize for winning his 14th PGA Tour title at this event in 2021.

In November 2021, PGA Tour commissioner Jay Monahan announced that the average purse on tour would increase from $8 million to $9.1 million for the 2022 season.

The FedEx St. Jude Championship and BMW Championship, the first two events of the FedEx Cup playoffs, have had their funds increased by $5 million to $15 million.

The top 30 players who reach the Tour Championship at the end of the year will be competing for a bonus of $18 million. The Players Championship is now the richest event in world golf.

Bryson DeChambeau and Phil Mickelson were amongst a short list of absentees this week at TPC Sawgrass, with the vast majority of the world's top 50 players competing.