Rory McIlroy spent some time with the Fore Play podcast by Barstool Sports to show them how to hit the ball further off the tee. 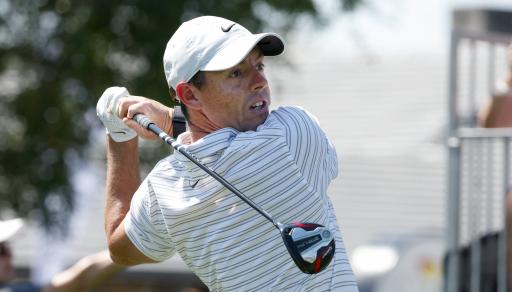 Rory McIlroy is one of the biggest hitters on the PGA Tour, so if you had to choose one player to teach you how to hit bombs, then it would be him.

In the 2020/2021 season, the Northern Irishman was ranked second in driving distance on the PGA Tour. He averaged just over 319 yards and Bryson DeChambeau was the only player who hit it further than him.

The four-time major champion uses the new TaylorMade Stealth Plus driver at 9˚ with a Fujikura Ventus Black 6 X shaft.

Unfortunately, his big stick couldn't guide him to his second victory at the Arnold Palmer Invitational last week, but he gave the Fore Play podcast a clinic in how to hit it further off the tee.

"For me when I try to hit it a long way, widen your stance a little bit. You get the ball up, not get it in front of your front foot but you want it in line with the inside of your heel," said McIlroy.

Related: The purse at the Players Championship is absolutely FRIGHTENING...

.@McIlroyRory put on an absolute clinic with the driver when he was with us https://t.co/MsSxuYBk6V pic.twitter.com/Aoy5sjDM9Z

"You hit up on it, angle of attack, the ball launches higher and spins lower. You optimise the ball flight and all of a sudden it goes longer.

"You see all the best drivers tilted away from the target just to make it easy for themselves to hit up on the ball and get that launch.

"One of the biggest things to try to get more speed at impact is to take the club away faster on the way back. Look at Bryson for example.

With one drive, McIlroy carried the ball 343 yards and it travelled a total of 367. This stunned the members of Barstool Sports, as he has stunned many spectators in years gone by on the PGA Tour.