The Northern Irishman has revealed a key turning point that meant he decided to play in Las Vegas. 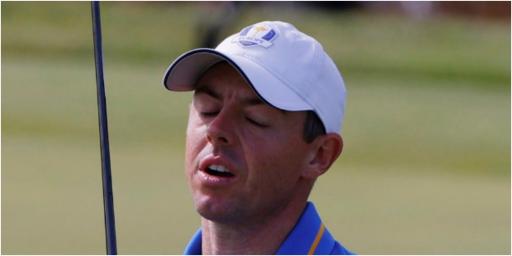 Rory McIlroy had an emotionally taxing Ryder Cup and it left the Northern Irishman at a cross-roads.

Dust himself down and try and put the diabolical week for him personally and for Europe behind him or just take a well-earned rest?

In his own words, he told the world's media that he was "done with golf" but there was one key thing that changed his mind.

"On the Saturday night of the Ryder Cup, I was done with golf," he added.

That thing that sparked a change in McIlroy was a renewed mindset, who said: "I went out against Xander and I all wanted to do was win the point.

"That's all I could do. Couldn't do anything else. Hadn't done much else the rest of the week. I went out there and I won by point by doing whatever I could.

McIlroy carded a final round of 6-under 66 at The Summit Club to reach 25-under and a one-shot victory over home favourite Collin Morikawa.

"To get to 20 wins here is a big achievement," McIlroy said.

"I didn't know if it was going to be this week, but I knew if I just kept my head down and kept playing well and kept doing the right things that eventually I'd get there. To get a win, it's great, it feels really good.

"I played really well this week, highlighted by the 10-under yesterday [on Saturday], but to follow that up with a really solid round today... I just played really solid golf, just kept giving myself birdie looks and thankfully made enough of them to get the job done."

Reportedly Frank Sinatra songs are played on a loop in one of the tunnels at the Summit Club as you head through to a green.

Sinatra once sang: "Each time I find myself laying flat on my face, I just pick myself up and get back in the race."

That looks exactly what McIlroy has done.

RELATED: GOLFERS BARE ALL TO TACKLE THE MANKINI CHALLENGE

RELATED: JON RAHM ADMITS HE WANTS TO TAKE A BREAK

NEXT PAGE: RICKIE FOWLER REFLECTS ON RETURN TO FORM