'I don't want to see a golf club': EXHAUSTED Jon Rahm admits he wants a break 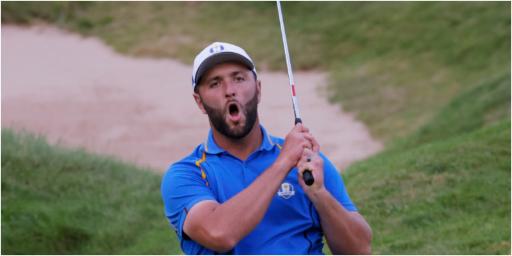 When we see Jon Rahm play such is his ferocity on the golf course he usually cuts a frustrated figure as he sets such high standards for himself.

Usually for the Spaniard though he'll close out the tournament and claim another victory as he continues his relentless pursuit to be the very best he can be.

But it has been a frustrating time for the 26-year-old of late as he failed to make the cut in the Andalucia Masters after shooting a 78 and a 74.

The first round he signed for in Spain last week matched the worst he has ever recorded as a pro on the back of a disappointing Acciona Open de España.

He told the world's media: "This is the first time in my life that I don't want to see a golf club.

"And this comes from someone who loves the sport, and after a year in which some pretty good things have happened to me."

Rahm confirmed to reporters he is going to hang up his clubs for a period of about four weeks and come back rejuvenated.

Rahm was superb at the Ryder Cup despite Europe's dismantling and went 3-1-1 overall.

Before that he won his maiden major championship in June at the U.S Open.

Then he had three top-10s and a second in his next four starts and followed that up with a good performance at the Tour Championship.

He tied for the lowest 72-hole score but lost to Patrick Cantlay due to the staggered starting positions.

He wasn't named player of the year, to the surprise of many.

RELATED: RICKIE FOWLER ON HIS RETURN TO FORM

NEXT PAGE: BETTING TIPS FOR THE ZOZO CHAMPIONSHIP