'It felt good to finally hit the golf ball properly': Is Rickie Fowler back?!

Fowler returned to form over the weekend and went flag-hunting in the desert, but is he back for good? 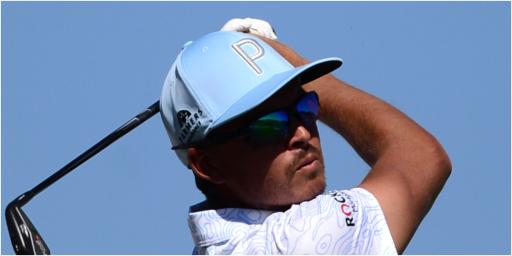 Something about Rickie Fowler playing well again after a season in the doldrums soothes the soul.

When he is on song he is one of the finest and most exciting players on the PGA Tour to watch.

Which is why it was delightful to see him return to something near his very best this weekend in Las Vegas.

But is this just a flash in the pan or is Fowler back for good after a season of struggles where he admitted he doubted himself?

To put Fowler's weekend exploits into context, Justin Thomas made 29 birdies and one eagle this week. It was only good enough for T18.

By contrast, Fowler spent the weekend flag-hunting and managed to find all 18 greens in regulation on Saturday.

That was only the third time in his career he achieved such a feat.

He slept on a 54-hole lead on the PGA Tour for the first time in two years but unfortunately couldn't cash in his chips as Rory McIlroy won.

Fowler, a soon-to-be father, admitted at his lowest point he questioned whether he will return to seriously compete for a title.

A humbling game, he said.

Your sole leader at The Summit Club. @RickieFowler couldn't be stopped on moving day as he leads the CJ Cup by two shots heading into the final round.pic.twitter.com/cIoOoABghp

But he managed to stay in the hunt and in truth McIlroy was just exceptional and had a bit of luck on his side too.

"It felt good to finally hit the golf ball properly, at least most of the time, for 72 holes," Fowler told the media afterwards.

"A lot of quality shots, a lot of good swings this week. Drove the ball well, which set me up to play golf around this place."

Fowler followed these comments up by saying "we" did a really good job, a credit to the team around him.

But he also decided to pay a visit last week to former coach Butch Harmon, 78, who worked with Fowler for five years.

Age is catching up with "Butchie" though and he decided to stop travelling and instead spends time at his coaching school these days.

Harmon reportedly told Fowler that he thought he was swinging fine and to trust it.

On Sunday, they'll be the final group out. pic.twitter.com/f1PefyVne5

Whatever Fowler was doing last season wasn't working as he failed to qualify for the FedEx Cup playoffs.

It was the first time in his 11-year career that he failed to do so and he dropped to as low as 128 in the world rankings.

His performance at the CJ Cup at Summit boosted him to 82nd and gives him a lot to build on ahead of the ZOZO Championship.

Is it too much of a stretch for him to get into the top 50?

Fowler, a former world number eight in the world, ranked first last week in strokes gained off the tee and tee to green.

He tied for second in driving accuracy but strangely it was his usually trustworthy flat stick that let him down on Sunday.

His critics may suggest it was another case of choking as Fowler does tend to struggle to close out tournaments.

Afterall, he's had the 54-hole lead eight times before in his career but has only converted twice.

It wasn't to be for Rickie fowler at the CJ Cup, but boy it was fun seeing him in contention again!

With stats like that, he'll grab the soon! pic.twitter.com/in6cRauWq1

Fowler's last victory came at the Waste Management Phoenix Open in 2019 but let's hope Fowler can return to the winners' circle soon.

That win came after he went on another baron spell lasting two years when he took down the Honda Classic in 2017.

If you're a stats man then it stands to reason that Fowler is due another win in 2021.

He heads to Japan this week looking to sort out his putting.

It would be a crying shame for a man with his natural talent to have his career defined as "the nearly man".

"A lot of good stuff," Fowler reflected to the media after being outdone by McIlroy in Las Vegas.

It's a city where the house always wins but Fowler achieved the rare feat of leaving richer and happier for the experience.

He added: "Obviously disappointed, but this is a big step in the right direction with where we've been."

RELATED: TEENAGER SAVES HER FATHER'S LIFE ON THE GOLF COURSE

RELATED: BETTING TIPS AND PREDICTIONS FOR THE ZOZO CHAMPIONSHIP

RELATED: OLYMPIC CHAMPION SCHAUFFELE ON HIS RETURN TO JAPAN