Rory McIlroy HITS BACK at Tom Weiskopf for his UNFAIR comments

McIlroy unhappy with Weiskopf's comments about his lack of determination to win more golf majors... 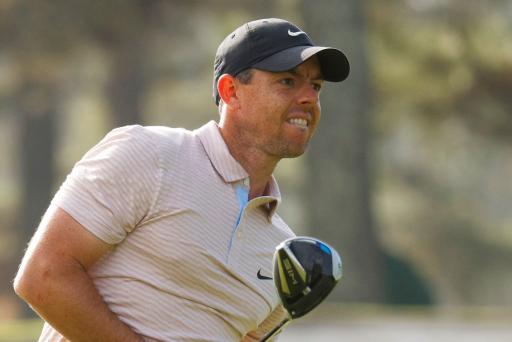 Rory McIlroy has hit back at former Open champion Tom Weiskopf for claiming the Northern Irishman lacks the "determination" to add to his haul of four career majors.

Weiskopf won 16 times on the PGA Tour including a sole major victory at the 1973 Open at Troon, but perhaps his biggest claim to fame was when refusing to play on the United States Ryder Cup team in 1977 due to already having booked a hunting trip.

Quizzed by Golfweek as to his thoughts on McIlroy's game right now and Weiskopf believes the former World No.1 will struggle to add to his major tally of four wins, the last of which came in 2014.

"I look at Rory McIlroy and I think golf is something just for Rory to do," Weiskopf, 78, told Golfweek in an interview recently.

"I've said it for a while now that I don't think he'll win much more than the four he's got, or maybe five, because I don't see that determination and will to be the best.

"I don't see any frustration. Life is good and it should be - he's a multi, multi-millionaire and has a kid now - but I don't see the Tiger [Woods] attitude. It's like he's satisfied all the time.

"The guy is not a good putter. He can hit some putts so off line with the wrong speed. He's technically not a good putter but one of the purest swings you'd ever want to watch play in the game. Technically, he's superior to Dustin Johnson, but Dustin has the confidence to do it every time.

"I know Rory works out but I bet if you watched them both work out, Rory would be a lot of laughs and giggles and Dustin would be balls to the wall and forcing a little bit more on himself and that's what he's done."

McIlroy, 31, has since hit back at the remarks in an interview once again with Golfweek.

"I've never met Tom Weiskopf in my life, he's never met me," said McIlroy. "So he's obviously making a statement based on what he sees from the outside, but I don't think that's a fair assessment.

"I maybe deal better with disappointment than I used to. I saw the interview where he said he sees no frustration. Like, I don't think that's a bad thing. I mean, look at the ZOZO. I'm breaking clubs, so there's a bit of frustration there. Obviously, he didn't watch that round of golf."