Rory McIlroy put on a wedge clinic in the final round as he defended his RBC Canadian Open title. 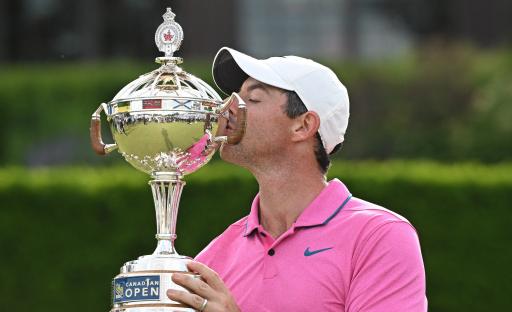 Rory McIlroy put on a wedge clinic in the final round as he successfully defended his RBC Canadian Open title - and he made sure his wedge critics noted such a performance at St George's Golf & Country Club.

McIlroy fired a stunning 8-under 62 on Sunday to see out a two-shot victory over Tony Finau, capping things off beautifully with two wedge shots down the heart of the flag for birdies.

Those stats did not go unnoticed where McIlroy was concerned, especially after having taken some heat from numerous critics about his wedge game not being in the shape it needed to be out on the PGA Tour.

Sky Sports on-course commentator Wayne Riley praised McIlroy for his wedge play as he handed him the microphone to speak to Sky Sports Golf's Nick Dougherty after the round.

Prior to the Canadian Open, McIlroy ranked 31st in 'SG: Approach the Green' and now he is up into the top 20.

He also ranked seventh in SG: Putting (5.929), which will no doubt please him heading into the US Open this week.

Next Page: Rory McIlroy gets emotional as daughter Poppy tells him he's No.1