Rory McIlroy is now the OLDEST player in the TOP 10 of the World Rankings...

In an incredible turn of events on the PGA Tour at the Valspar Championship, Rory McIlroy is now the oldest player in the top 10 of the world rankings. 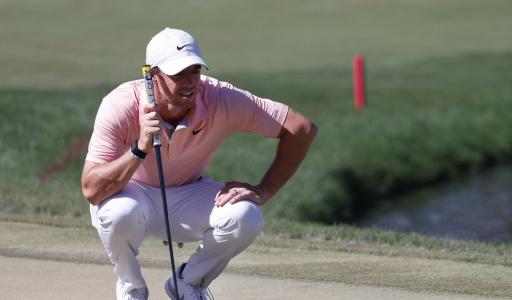 After the outcome of the Valspar Championship was decided, Rory McIlroy became the oldest player inside the top 10 of the Official World Golf Rankings.

Sam Burns won at Innisbrook Resort for the second consecutive year to move to number 10 in the rankings and he pushed out Dustin Johnson to number 11.

The former World No.1 has plummeted in the standings, having been at the top of the pile in June last year, and at 37 years old, he was the oldest player in the top 10.

The two-time major champion, who is teeing it up this week at the WGC-Dell Technologies Match Play looking for his second win at the event, has dropped outside of the world's top 10 for the first time since 2015.

Stat of the day

Just think about this - @McIlroyRory is now the oldest player among the Top 10 players in the world!

Now, at 32 years of age, McIlroy is somehow the oldest player which is a mind-boggling thing to process. The Northern Irishman's career has flashed by, but it is by no means over.

He is a 20-time winner on the PGA Tour and you feel that he has bags of potential to add to his major tally which currently stands at four. However, he has not won a major title since 2014.

At 24 years old, Viktor Hovland is the youngest player in the top 10. He is ranked third, five places higher than McIlroy, after recent victories at Mayakoba, the Hero World Challenge and the Dubai Desert Classic.

Jon Rahm has now been World No.1 for 43 weeks and 36 weeks in a row. He is one week behind Nick Price in weeks accumulated at the top of the pile.

Since coming third at The Open Championship in 2021, the Spaniard hasn't moved from the top spot and he has survived Collin Morikawa's numerous attempts to dethrone him on the PGA Tour.