McIlroy confirms he will tee it up in the first three tournaments back when the PGA Tour resumes next month... 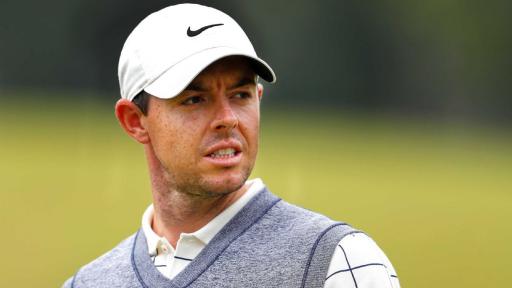 Rory McIlroy has confirmed he will play the first three PGA Tour events when the season resumes next month.

McIlroy is therefore expecting to play in the Charles Schwab Challenge from June 11 to 14, followed by the RBC Heritage and Travelers Championship.

"I guess I can't speak for everyone, but for me personally, I just want to get back out and play.

"I'm planning to play the first three events; Colonial, Hilton Head [RBC Heritage] and the Travelers and see where we go from there. I think it'll be nice to get back out there and play.

"Obviously we're going to have to take as many precautions as possible to be able to put tour events on again, but I think the PGA Tour has got a very robust plan in place. If they can execute it the right way, I see no reason why we can't start on June 11."

Despite there being no spectators at these three tournaments, McIlroy believes the competitive juices will still be flowing among the players when they get back out on the course for the first time in three months.

"I think it [golf without spectators] is the new normal for right now," said the World No.1. "That's just got to be for us to keep everyone safe and to get the PGA Tour back up and running again.

"I don't think it will dull anything, especially these few events because I think everyone will just be so excited to get back out there and play. I think people are going to be excited to watch some live golf on TV.

"The atmosphere isn't going to be the same as if there are 50,000 on the golf course, but I don't think it in any way will take away from the integrity of the competition of the quality of the golf."