Rory McIlroy has changed his plans for the first time since 2013 to play in the PGA Tour event which falls just a week ahead of The Masters. 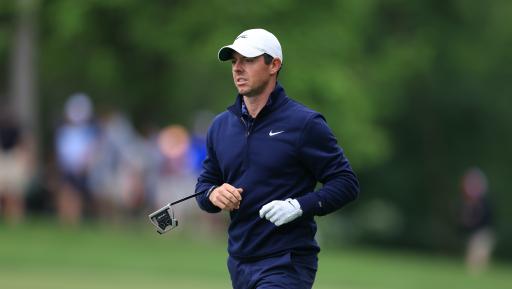 For the first time in nine years, Rory McIlroy will play at the Valero Texas Open which falls just one week before The Masters.

McIlroy had planned to play at the Valero Texas Open in 2020, but this plan was disrupted as a result of the Covid-19 pandemic.

In 2013, the Northern Irishman finished second at TPC San Antonio two shots behind Martin Laird. It is certainly an interesting development to McIlroy's approach in 2022.

In previous seasons, the four-time major champion has played at the Dell Technologies Match Play, taken a break and then headed to Augusta National.

RELATED: A GUIDE TO THE BEAR TRAP: "IT SHOULD BE WON OR LOST RIGHT HERE"

Rory McIlroy has committed to play the Valero Texas Open (week before the Masters) for the first time since 2013.

Originally was set to do this in 2020, pre-pandemic shutdown. McIlroy finished 2nd at the event in ‘13.

In 2015, McIlroy played at the Arnold Palmer Invitational and this was his last appearance before playing in The Masters that year. He went on to finish fourth.

He has won The Open Championship, the US Open and the PGA Championship on two occasions. The only string left for his bow is the Green Jacket.

If the 32-year-old was to finally be successful at Augusta in April, he would become just the sixth golfer in history to win all four major championships.

In the 2021/2022 season, McIlroy has only played twice. He won his 20th PGA Tour title at the CJ Cup at the end of 2021 and he finished tied 10th at the Genesis Invitational last week.

Perhaps this change of plan will help McIlroy find the final piece of the puzzle in 2022. He certainly has the perfect attributes in his game to conquer Augusta.