Rory McIlroy has hit out at players who have decided not to play on the PGA Tour and questions if they "care about their careers." 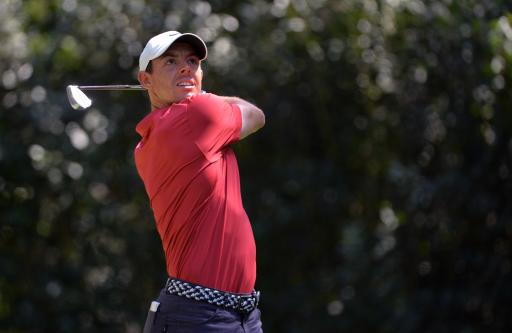 Rory McIlroy has hit out at players who have avoided travelling to the United States to play on the PGA Tour and has no sympathy for those complaining about the decision to continue the Official World Golf Ranking before the European Tour's return.

A number of top players, including Tommy Fleetwood, Francesco Molinari and Lee Westwood decided they didn't want to travel to the USA and endure the two-week quarantine process that is required upon arrival in the States.

The European Tour doesn't return until July and recently, the decision to continue World Ranking points caused a mass debate, with many players and fans suggesting that it gives an unfair advantage to those playing on the PGA Tour.

Matthew Fitzpatrick is a frequent player on the European Tour but he decided it would be better to make the trip to the United States and arrived three weeks prior to the Charles Schwab Challenge, where he finished T32.

McIlroy, who shared that position with Fitzpatrick las tweek, believes that certain players only have themselves to blame for missing out on ranking points and that if they "cared about their careers" they would have made the trip to America.

"Personally, if I were in their shoes and I was asked to come over to the States and shelter in place or quarantine for two weeks before these tournaments, I would have done that," said McIlroy.

"I mean, if you really care about your career and care about moving forward, you should be here, I think. Last week was 70 World Ranking points for the winner, this week it's 74.

"And I get that there are different variables and families and stuff involved, but we all have the means to rent a very nice house in a gated community in Florida, and it's not a hardship for two weeks to come over and quarantine. I mean, it's fine. My caddie Harry came over and did it. He stayed in our guest house. The two weeks flew by.

"I honestly don't understand the guys complaining because there is a solution to it. You can come over here and do what needs to be done. It might seem a little harsh, but I don't get that mindset, especially if you care about your career and you want to advance."