An update was posted on Twitter from Tiger Woods' Twitter account and golf fans are now debating whether he will ever return to the PGA Tour. 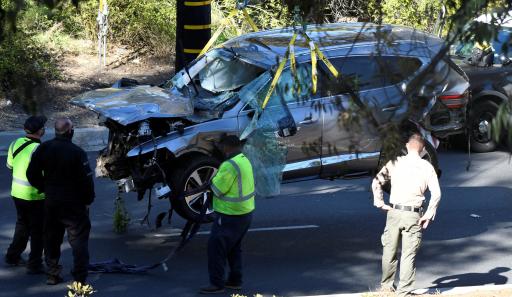 Tiger Woods suffered multiple leg injuries and a shattered ankle in a car accident on Tuesday and after his team posted an update on Twitter specifying the injuries, it caused a debate amongst golf fans, with some suggesting the 15-time major winner will never return to the PGA Tour, whilst others disagree.

The tweet confirmed that Woods was now awake after undergoing surgery at Harbor-UCLA Medical Center, whilst his team also thanked the "wonderful" doctors, as well as the Los Angeles County Sheriff's Department and the Fire Department for the part they played in helping the 45-year-old after the crash.

"Comminuted open fractures affecting both the upper and lower portions of the tibia and fibula bones were stabilized by inserting a rod into the tibia.

"Additional injuries to the bones of the foot and ankle were stabilised with a combination of screws and pins. Trauma to the muscle and sofe-tissue of the leg required surgical release of the covering of the muscles to relieve pressure due to swelling."

Everyone is of course wishing Woods a speedy recovery from this traumatic incident, but the recent tweet from his team caused a few golf fans to get in a heated debate on whether we will ever see Woods compete again.

Nope. Career as a player is over.

Career ending. You don’t understand anatomy if you disagree

Spence,
Good news the left side is okay. He won the US Open with a torn ACL. He’s also tiger and you’re not.

Please name some of those “many football players” who’ve had the same injury, let alone returned to their sport.

Good energy and congrats on the recovery @golphphan