Rory McIlroy: What's in the bag of the four-time major champion?

Rory McIlroy has used a range of different clubs and brands since he turned professional in 2007, but what clubs does the Northern Irishman have in 2021? 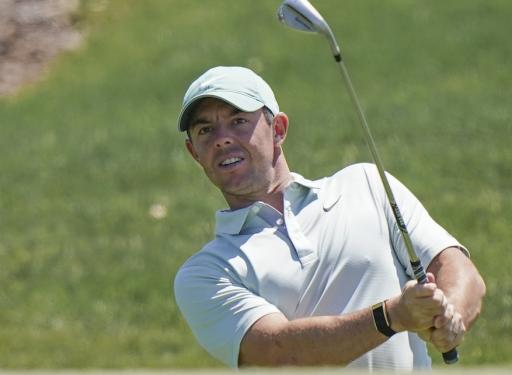 Rory McIlroy sparked much excitement in the golfing world when he won the Wells Fargo Championship at Quail Hollow Golf Club earlier this month.

It was McIlroy's 19th PGA Tour title and his third win at the event, but also, it was the clearest sign yet that the Northern Irishman was back on form and ready for the rest of the season.

Although McIlroy has made five top-10 finishes out of 13 events in 2021, he had missed two of his last three cuts heading into the Wells Fargo Championship, including a disappointing week at The Masters.

The 32-year-old had dropped to 15th in the world rankings which was his lowest ranking since 2009, but this just shows how consistent he has been over the last 12 years.

Since McIlroy turned professional in 2007, he has used a range of different clubs and equipment. His first club deal when he left his amateur days behind was with Titleist.

In 2013, McIlroy famously signed a multi-year deal with Nike, so he had the Nike VRS Covert driver and Nike Vr Pro Blade irons in his bag.

But now that Nike have ceased producing hardware, the four-time major champion has a full bag of TaylorMade equipment, after signing with the popular company in 2017.

Rory McIlroy - What's in the bag?

NEXT PAGE: GOLF FANS BEMUSED BY TONY FINAU'S QUOTE AT THE US PGA

PGA
Nike
TaylorMade
titleist
Rory McIlroy
Previous
Golf fans BEMUSED by Tony Finau's quote at the US PGA
Next
US PGA Championship 2021: Groups & UK Tee Times for Round 1 and 2