Lee Westwood admits he would likely play in a golf breakaway league if he was going to earn £50 million... 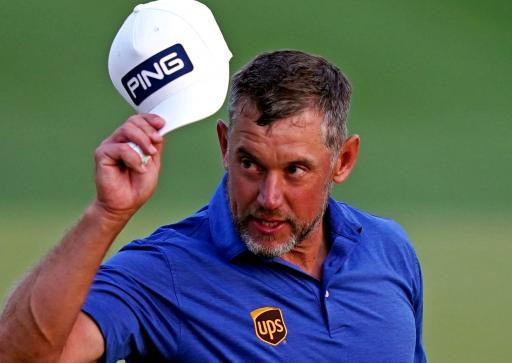 Lee Westwood has revealed it would be a "no-brainer" if he was offered £50 million to compete in a breakaway Super Golf League.

Westwood, 48, was quizzed by the media ahead of this week's US PGA Championship about his thoughts on proposals for a breakaway golf league similar to football's European Super League, which dramatically collapsed within the space of 48 hours earlier this month following a vocal backlash from just about the entire football industry.

"I think there's pluses and minuses for everything," said Westwood, who despite having won 25 times on the European Tour and twice on the PGA Tour, is still going in search of his maiden major title.

"I think they've obviously got a lot of money and they've come out and sent a few shockwaves about and people feel threatened. The people that feel threatened are trying to combat it.

Westwood's words will likely come as a bitter blow for both the PGA Tour and especially the European Tour given the Englishman is the regining Race to Dubai champion.

Rory McIlroy recently came out and slammed the proposals of a breakaway Super Golf League as simply a "money grab" - READ HERE.

PGA Tour commissioner Jay Monahan has also made it clear that any player signing up to a new golf super league will face suspension from the PGA Tour, and a possible expulsion.

There is also a grey area over the new breakaway league's plans when it comes to world ranking points, which will prove key for players looking to compete in major championships.

"That’s something you have to take into account," said Westwood.

"When all these things come along ’s a balancing act, isn’t it? You’ve got to throw the balls in the air and juggle them for a while and see what comes up.

"You have to get all the facts together, first of all. I can see it from both sides, but I haven’t really gone into depth in it."