Rory McIlroy threw his 3-wood into the trees by the 9th hole at Liberty National Golf Club during the Northern Trust. 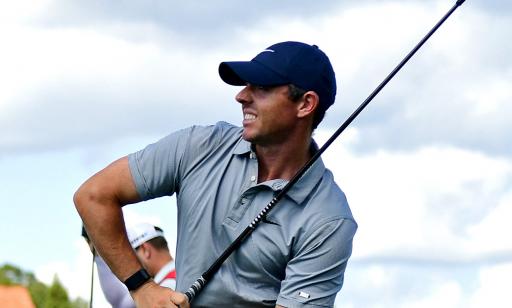 After days of thorough searching and at times head-scratching, Rory McIlroy's 3-wood has been found near the area to where he threw it at Liberty National Golf Club.

The Northern Irishman was fuming with a tee shot that he hit during the Northern Trust and he admitted that he threw his TaylorMade SIM2 MAX 3-wood into the trees by the 9th hole.

When the tournament was weather-delayed, a number of staff, club members and guests spent days searching for the club through the trees and bushes, but with no success.

But then the next morning after the search party had finished their work, grounds-crew member Michael Bongiovanni spotted the club in a bush just off the 9th tee box.

This caused bewilderment at Liberty National because there was no way that the search party could have missed the club if it had been in that bush all along.

But in the night before Bongiovanni found the 3-wood, there had been another storm in Jersey City that is presumed to have made the club fall from the trees.

"The story we got as to where it was sitting, there’s no way that somebody wouldn’t have seen it earlier," Lee Smith, the club’s general manager, said to GOLF.com.

"It was almost just laying on the ground. It was straight to the right of the tee. So we're thinking he launched it over the trees that are relatively close and relatively low. Then it got stuck in a (taller) tree and the storm just blew it down."

RELATED: PATRICK CANTLAY: WHAT'S IN THE BAG OF THE 2021 FEDEX CUP CHAMPION?

McIlroy's team have confirmed that the club that was found was indeed his and now Smith and Liberty National are weighing up what to do with it.

"We’re going to do everything we can to keep it out of a case while also securing it. We’d like people to be able to touch and feel it, because it really has taken on a life of its own."

NEXT PAGE: BEST GOLF BALL DEALS OF THE WEEK: ALL FOR UNDER £25