Russell Henley holed his second shot from 240 yards out for an amazing albatross on the par-5 11th hole at TPC Sawgrass. 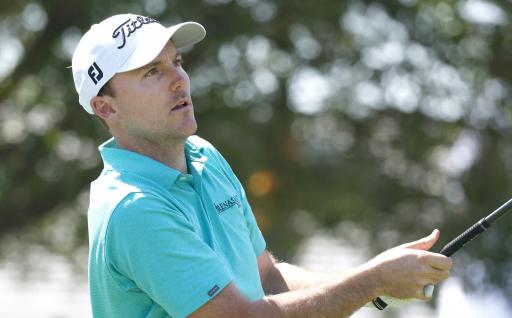 Russell Henley made an incredible albatross on the 11th hole in the final round of The Players Championship.

Having started his fourth round with a double-bogey on the par-4 10th hole, he had 240 yards left in with his second shot on the 540-yard par-5 next hole.

Annoyingly, there is no footage of this shot but Henley fired his ball at the green and it went in the hole. This is the sixth-ever albatross at The Players Championship and the third one on the 11th hole.

This was a great response by Henley who turned his final-round score from 2-over-par to 1-under-par in an instant.

By making this famous 2, the three-time PGA Tour champion moved on to 3-under-par for the tournament and six shots behind leader Anirban Lahiri.

This was the first albatross at TPC Sawgrass since Harris English made one on the same hole in the first round of the event in 2019.

The first-ever albatross recorded at the tournament since 1983 was Hunter Mahan on the same hole in round two of the 2007 Players Championship.

It is the second albatross on the PGA Tour season, which shows how uncommon they are. Abraham Ancer made the first one at the CJ Cup at the end of 2021, holing out from 250 yards.

Henley has played well in the 2022 PGA Tour season. He came second at the Sony Open and he has made seven top-25 finishes in 10 events.

The 32-year-old now owns a place on a special list of players to have made an albatross at The Players Championship, as you can see above.

Next Page: WATCH: Viktor Hovland makes an ACE at The Players... Then gets mugged off!