The Players Championship 2022 at TPC Sawgrass: Who is Anirban Lahiri?

Anirban Lahiri has full status on the PGA Tour but has had a difficult season so far. 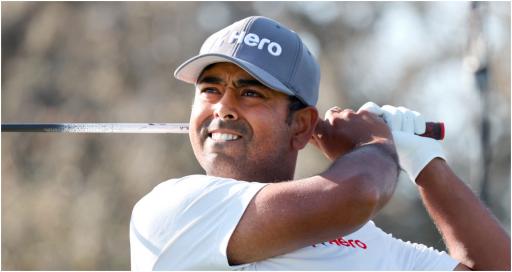 Anirban Lahiri held the 54-hole lead at The Players Championship at TPC Sawgrass after playing some stunning golf.

The 34-year-old Indian grabbed a 67 in his first round at the Stadium Course and had an off-colour 73 mixed in between another 67.

It left him battling it out for the $3.6million top prize at the richest tournament we have ever seen on the PGA Tour.

There is no denying, Lahiri is not a stand out name on the PGA Tour. But he has status and will be playing a full schedule this year.

He's also won - twice - on the DP World Tour. He has seven victories on the Asian Tour. He turned professional in 2007.

Those two victories came in 2015 at the Maybank Malaysian Open and the Hero Indian Open. He won them both in the same month.

His best finish at a major came when he tied for fifth at the 2005 PGA Championship that Phil Mickelson won in New Jersey.

Lahiri lives in Florida with his wife Ipsa and daughter Tisya. He also competed at the 2020 Olympic Games in Tokyo.

His scoring average before The Players was 71.3.

Lahiri faced the media at The Players and explained how a small equipment tweak led to a major change.

He said: "It's really something that's minor. I've added maybe 3.5g of weight to all of my irons. It sounds like inconsequential, but it almost makes a 10, 12-yard difference in our line.

"These last couple of weeks especially we've been playing really tough golf courses, and you hit it four or five yards offline and you can make six instead of three. And I had a lot of that happen to me.

"So it's frustrating when you know you're not making bad swings and you're not getting the results you want, so it's equally satisfying when it comes together like this."

The striking quote from Lahiri at The Players

Lahiri also was asked about his season so far. Which has he admits himself has been a struggle.

"I think the most important thing for me in terms of a road map is for me to build some confidence and momentum through the rest of the season. The one thing that's really important is to see myself hit more quality shots in competition.

"You have to start somewhere. I think that's more what your question is. For me, that's my starting point because once I can start building confidence and momentum through tournament golf -- and you see it on the PGA Tour, guys that miss four cuts, five cuts in a row and they'll have that big win out of nowhere.