Sam Burns one back heading into the weekend as he goes in search of back-to-back wins on the PGA Tour. 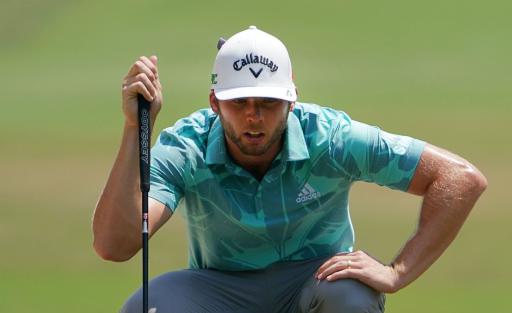 Sam Burns is the most in-form player on the PGA Tour and he showed that yet again on Friday at the Shriners Hospitals for Children Open, carding a 63 to lie just one shot off the pace.

By reaching 13-under-par, this equalled his second-best 36-hole score on tour. His best halfway-mark came at the 2021 AT&T Byron Nelson.

Burns began the day five shots behind the first-round leader Sung Kang, but the 25-year-old got to work quickly in his second round at TPC Summerlin with three birdies in his first seven holes.

He won the Sanderson Farms Championship last week and after carding another five birdies on his second nine holes, he finished with an 8-under-par round to move to 13-under par and one shot behind Sungjae Im and Chad Ramey, who both posted a 65 late in the day.

Burns is in unstoppable form at the moment, but he was disappointed not to make the US Ryder Cup team that demolished Team Europe at Whistling Straits at the end of September.

"It was great to see the USA win back the Ryder Cup and to see all the guys I play with out here regularly pull it off," Burns said after his second round.

"I can’t deny it’s one of my goals to be there next time though. I’ve been working on a number of things that I wasn’t happy with last week, and I’m just trying to get better all the time."

The young man born in Louisiana has certainly started his Ryder Cup campaign to 2023 very well. He is now a double PGA Tour winner, and he could seal a hattrick this weekend in Las Vegas.

Fellow American Adam Schenk joined Burns on 13-under-par. The 29-year-old followed his Thursday score of 64 with a solid round of 6-under-par on Friday.

Matthew Wolff, another young golfer looking to burst back into the PGA Tour frame, made a triple-bogey at the par-4 3rd hole but still managed to shoot 4-under-par.

He finished two shots behind Burns on 11-under-par. 18-hole leader Kang and Louis Oosthuizen are on 9-under-par for the week, while four-time major champion Brooks Koepka finished on 7-under-par after 36 holes.

NEXT PAGE: SPORTSWASHING: IS IT RIGHT SAUDI ARABIA IS TAKING OVER GOLF AND FOOTBALL?