Sam Burns: What's in the bag of the FOUR-TIME PGA Tour winner? 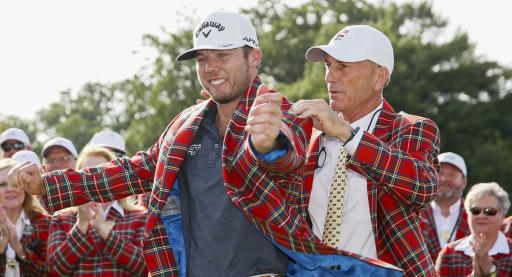 Sam Burns' fine season became even finer on Sunday at Colonial Country Club as he beat Scottie Scheffler in a playoff to win the Charles Schwab Challenge.

Burns shot 65 in the final round in Fort Worth to reach 9-under-par and tie Scheffler who began the day with a two-shot lead on 11-under-par.

Scheffler holed clutch putts on the 15th, 17th and 18th holes to stay in contention, while Burns shot the joint-lowest round of the day of 5-under-par.

Both players hit safe drives on the 18th hole, the first hole of the sudden death playoff. Scheffler found the heart of the green and Burns found the back fringe at Colonial Country Club.

Being the first to play, Burns boxed a 38-foot putt to secure his third win of the season and his fourth PGA Tour win. He is now second in the FedEx Cup standings.

Related: Sam Burns on Scottie Scheffler: "He wanted to beat me more than anyone else"

This was Scheffler's second playoff this season, but he couldn't replicate his success from the WM Phoenix Open when he beat Patrick Cantlay at TPC Scottsdale.

Burns equalled the largest final-round comeback in the event's history as he started Sunday seven shots behind, just as Justin Thomas did at the US PGA Championship last week.

Related Articles
Jon Rahm apologises to Kelley Cahill after TMI joke: "She can tell you!"
"Poulter would beat Scheffler in PGA-LIV match" | From The Tips Episode 5

Next Page: PGA Tour: How much did each player win at the Charles Schwab Challenge?