Scottie Scheffler pulled out his bag of tricks in the first round of the Travelers Championship and produced some superb stinger tee shots. 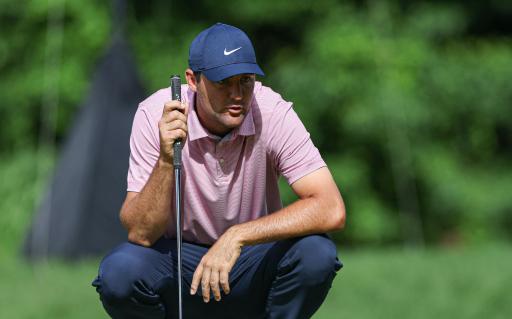 As we have seen this season, Scottie Scheffler is a man of many talents and he showed this once again on day one of the Travelers Championship.

Throughout each of his fantastic performances this season, Scheffler has proven he can play any type of shot from chipping in from the bottom of a hill at Augusta to hitting a shot from a divot hole in Brookline.

This week in Connecticut, the stinger tee shot is back and Scheffler is the new master of this blow, following in the footsteps of Tiger Woods.

Woods made the low punch from the tee box his own on his way to winning 15 major titles and it looks as though Scheffler has taken up the reins.

As you can see in the footage below, the World No.1 hit two drives at TPC River Highlands which barely left the ground and which ran for miles down the fairway.

Related: Sir Nick Faldo blasts money in golf: "We had to win to change our lives"

On the par-4 10th hole in Cromwell, the 25-year-old hit a piercing drive that went just 23 feet high but still travelled a total of 305 yards. He went on to make a par.

Then on the 14th hole, he hit another perfect stinger which only reached an apex of 54 feet. This time, it led to a birdie and this contributed to his round of 2-under-par on Thursday.

Although Scheffler entertained the crowd and the viewers at home with his spectacular tee shots, he finished the first round six shots behind Rory McIlroy and J.T. Poston.

We first saw Scheffler's unique, low tee shots at the Scottish Open in 2021 when he was preparing to conquer the links at Royal St. George's at The Open Championship.

The American went on to finish tied 8th in Sandwich. Could we see Scheffler deploy his deadly stingers at the 150th Open Championship at St. Andrews?