Sir Nick Faldo blasts money in golf: "We had to win to change our lives!"

Sir Nick Faldo has blasted "the ridiculous times we are in" as you don't have to be an elite golfer to make a fortune. 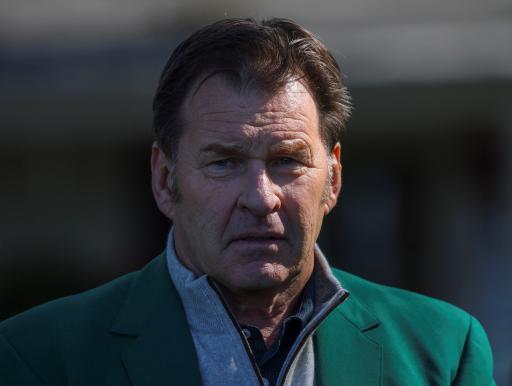 Legendary golfer Sir Nick Faldo says seeing the massive prize purse increases in professional golf “irks him a little bit” because “in my day if you wanted to change your life you had to win”.

Faldo was speaking during the broadcast of the Travelers Championship on the PGA Tour where Rory McIlroy has raced into an early lead with a sublime 8-under par opening round of 62 at TPC River Highlands.

PGA Tour commissioner Jay Monahan has outlined that from next season as many as eight events will have prize purses of at least $20m and rising in the wake of the LIV Golf threat.

Furthermore, the FedEx Cup format will change and only the top 70 will fully exempt on the PGA Tour for the following season.

You can read more about the full changes here.

“Well, there are unbelievable opportunities,” Faldo said on the broadcast.  “I do like Scottie Scheffler’s quote earlier in the week. He said, ‘We are overpaid for chasing a white ball around’.

“It’s absolutely ridiculous times we are in. What we are all chasing. But, for the players if you just want to tootle along quietly and keep your nose clean as they would say, my goodness, you can make a fortune out here!

“[And do it] without winning! That’s what annoys me a little bit to be honest. You know, in my era, we had to win to change our lives. And that’s completely gone now. It really has.

“You can make an absolute fortune just being a top-10 guy which I… sure great. But when you strive to be a competitive golfer and you compete the number one thing you do it for is you want to win.

“That’s what irks me a little bit.”

Faldo’s comments come in the same week that Brooks Koepka has become the latest player to turn his back on the PGA Tour in favour of the super-rich LIV Golf league.

Elsewhere in the golf world, the DP World Tour has today announced sanctions against members who played in that first LIV Golf event at Centurion Club just outside of London.

The players have been fined £100,000 and have been suspended from playing the forthcoming Genesis Scottish Open, the Barbasol Championship and the Barracuda Championship.

The fines will be added to the prize funds of upcoming tournaments on the DP World Tour and will be distributed through the Tour’s “Good for Golf” programme to “deserving charitable causes”.

Next page: Why Schauffele turned down an "obnoxious" LIV Golf offer