Scottie Scheffler: What's in the bag of the new World No.1?

Scottie Scheffler has overtaken Jon Rahm as the best golfer on the planet after winning his third event in the space of 42 days on the PGA Tour. 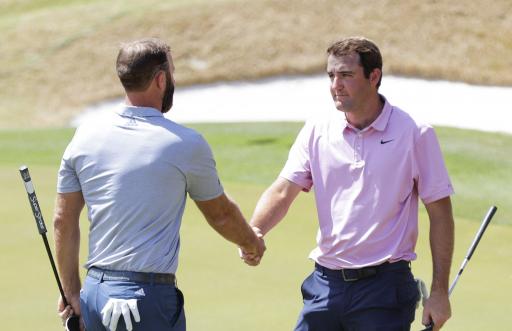 Scottie Scheffler used the new TaylorMade Stealth Plus driver on his way to becoming World No.1 at the WGC Match Play.

The 25-year-old showed his match play expertise at the Ryder Cup in 2021 when he beat Jon Rahm 4&3 in the Sunday singles and he earned 2.5 points for Team USA in three matches.

Kisner came from 3 down with four to play against Adam Scott in the last-16 to win on the 18th hole. He then impressively beat Will Zalatoris and Corey Conners to reach his third final in four years.

But Scheffler was too strong. The man from Texas led from the second hole and sealed the deal on the 15th hole. He won 4&3 and avenged his defeat in the final in 2021.

Next Page: Tiger Woods hits drive at Medalist ahead of potential Masters return