Sergio Garcia shot 2-under-par in the first round at the Country Club of Jackson, sitting six shots behind PGA Tour rookie Sahith Theegala. 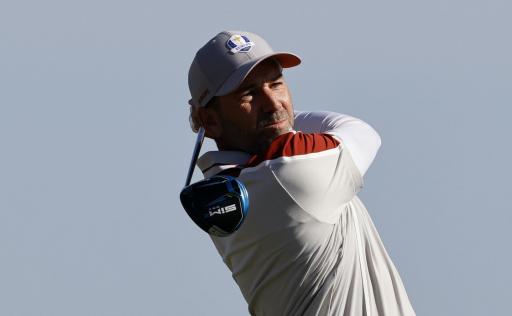 Sergio Garcia began the defence of his Sanderson Farms Championship title with a conservative round of 2-under-par on Thursday.

The Spaniard admitted that he did not get much sleep after Team Europe were trounced 19-9 at last week's Ryder Cup, but he has turned his attention to the site of his 11th PGA Tour win from last season.

Garcia made two birdies and 16 pars in Mississippi to finish with a score of 70, which puts him six shots behind clubhouse leader and PGA Tour rookie Sahith Theegala on 8-under-par.

The 2017 Masters champion is the only player playing at the Sanderson Farms Championship who was at Whistling Straits last week. Some of his European teammates have opted to play in the Alfred Dunhill Links Championship.

After the first round, Garcia finished on the same score as Jimmy Walker and 2020/2021 PGA Tour Rookie of the Year Will Zalatoris.

Zalatoris, who was ineligible to play in the FedEx Cup Playoffs because he wasn't a member of the PGA Tour, made four birdies and two bogeys in his first round at the Country Club of Jackson.

Im, who broke the record for the most birdies made in a PGA Tour season in 2021, made six birdies and one bogey to finish with a 67, while his countryman Si Woo Kim finished on 6-under-par.

NEXT PAGE: BONES MACKAY TO CADDIE FOR JUSTIN THOMAS IN 2021/2022 PGA TOUR SEASON