Shane Lowry: "I don’t think I have ever had so many bogeys and doubles!"

Shane Lowry can't wait to put the clubs away until next year... 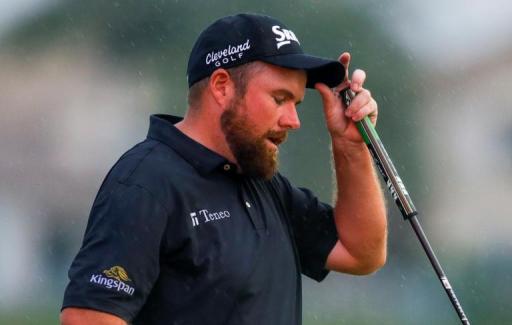 A tired Shane Lowry admitted to never having "so many bogeys and double bogeys" in his last two tournaments to end the year.

The Irishman, speaking to the Irish Independent, said he cannot wait to put away the golf clubs now until the second week of January 2023 when he will compete in the inaugural Hero Cup in Abu Dhabi.

Lowry picked up his first and only win of the year at the DP World Tour's flagship BMW PGA Championship at famed Wentworth in September.

But since then he has slumped to a missed cut, a pair of T23 finishes and a tie for 18th in last week's 20-man Hero World Challenge hosted by Tiger Woods.

The 2019 Open champion finished Tiger's event 21 shots behind his European Ryder Cup teammate Viktor Hovland, who went on to defend his title over Scottie Scheffler, just as he did 12 months ago in the Bahamas.

"Home for Christmas, and that’s all I am thinking about. So excited to be getting home to be with the families.
"I don’t think I have ever had so many bogeys and double-bogeys, or whatever, than I have in these last two tournaments.
"I’m happy where my game’s at, but, as I’ve been saying, I’m worn out, and that’s me done until Abu Dhabi next year."

Lowry slipped from 20th to 21st in the Official World Golf Rankings following the latest update on Monday morning.