PGA Tour pro Mackenzie Hughes hits a shocking toe shank in front of his home fans at the Canadian Open. 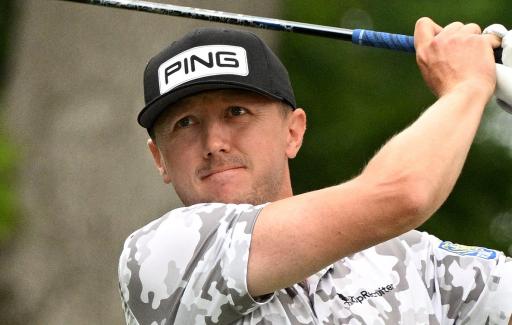 Hughes drove into the thick rough at the par-4 4th and then proceeded to toe shank his ball to the right. He would go on to make a double-bogey six.

"He won't be stepping up to LIV Golf with shots like that," joked one golf fan on Twitter.

Another commented: "The classic *looks at the club face* afterwards."

"So I'm not the only one that's done that!" said another golfer.

That type of shot is my speciality

Ever hit a shot like this before? Share your thoughts over on the GolfMagic social media channels and tell us all about it. We are all friends here at GolfMagic!

Hughes opened with a solid 66 but he is off to a rough start on day two.

The 31-year-old has one PGA Tour title to his name coming at the 2016 RSM Classic.

Hughes has endured a wretched start to 2022 with just one top-10 finish coming at the Wells Fargo Championship.

He finds himself in 77th position in the Official World Golf Rankings right now.