Tiger Woods joins LeBron James and Michael Jordan in becoming a billionaire, according to a report Forbes. 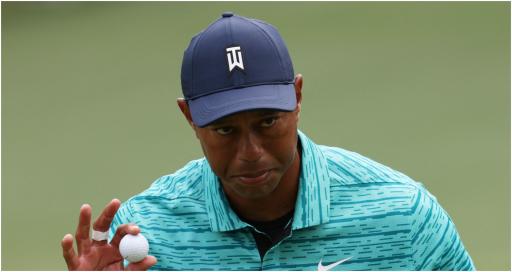 Tiger Woods' net worth has now reached an estimated $1billion, according to a report by Forbes.

Throughout the entirety of Woods' illustrious career, Forbes estimates that the 15-time major champion has raked in a whopping $1.7billion in salary, endorsements and other income over his 27 years playing the game.

The publication states that as of June 2022, they estimate that his net worth now to be at least $1billion, which makes him just one of three known athlete billionaires.

NBA legends LeBron James and Michael Jordan are the others who have amassed this vast fortune.

Woods has reached this point without having to accept an offer by the breakaway, rival golf league that threatens the future of the PGA Tour.

Phil Mickelson, one of Woods' professional rivals back in the 1990s, has reportedly accepted an offer of $200million to play in that league.

Interestingly, Forbes estimates that only 10 per cent of Woods' career earning, and net worth, come from golf winnings.

Of course, the bulk of his vast fortune include huge endorsement deals with more than a dozen brands.

At the time of writing, they are:

More: Tiger Woods snaps at camera operator during US PGA

His biggest backer, Nike, signed him in 1996. "Well I guess hello world," he famously said in a press conference as he turned professional.

Woods is now involved in dozens of other business ventures.

He has a golf design business, which is called TGR Design and a live events production company called TGR Live.

Woods also owns a restaurant, in Florida, called The Woods.

He also has taken stakes Full Swing, a global technology training tool and Heard, which is a hospitality software startup.

Woods also a stake in PopStroke, a luxury mini-golf experience with four locations in Florida and he plans to open more across the country.

Forbes states that at his peak, Woods was the most prolific athlete endorser in history, earning more than $100million a year.

He held the No.1 spot in the highest-paid athletes list for 10 years. That streak ended in 2012.

His star power in his prime cannot be understated. According to former CBS president Neal Pilson, audiences figures would drop 20 per cent when Woods was not in contention.

This was described as the "Tiger Effect" and it led to the PGA Tour tripling their winnings between 1996 and 2008. It was a run in which Woods won 14 majors.