Should more professionals follow the example set by Justin Thomas?

Justin Thomas gave mini-tour player Mike Visacki some money from his own pocket to help him continue his golfing dream. 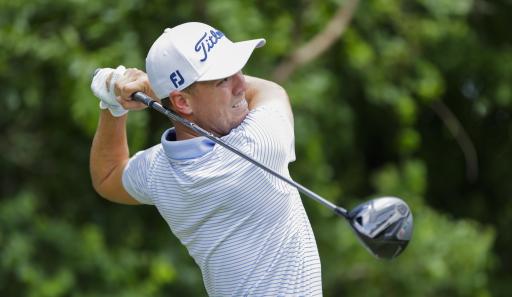 Justin Thomas made an incredible gesture this week by handing mini-tour player Mike Visacki a sum of money to help him continue his dream of playing professional golf.

When trying to make it as a tour golfer, entry fees can cost hundreds of pounds so the players are under immense pressure to earn their money back, let alone break even.

The gift from Thomas to Visacki is a rare one that isn't seen in public as often as we'd like, but it is extremely heartwarming and it shows the cohesion and understanding of the golf community.

@RickRunGood This was an incredible moment. JT is World Class on and off the course. Big Mike, Pappa Mike and caddie Skinny Mike are so deserving and are in a class of their own. Best of Luck Big Mike. pic.twitter.com/2kw2kpFbrh

Thomas knows exactly how hard it is to battle your way to the top, so he has given something back to a player such as Visacki who is looking to climb the ladder as well.

Some might say that there are hundreds of players like Visacki who also need financial help, but it says a lot about his character, personality and hard work if the World No. 2 golfer wanted to play a practice round with him and lend a helping hand.

Players have no obligation to give out their money, which they have earned through their own hard work, but this point makes Thomas' gesture even more generous.

My initial thought would be that it is up to the PGA of America, the PGA Tour and or the USGA to address the funding of mini-tour players, and it is not up to players such as Thomas to put their hands in their pockets.

It would be great if some of the world's top players banded together and raised a pot in order to help players like Visacki and give them an opportunity to achieve their dreams.

I think efforts from the powers that be should focus on a scheme similar to this rather than fill the pockets of the top players, which are already full, with the Player Impact Program.

In times when there are billion-dollar battles between social media popularity contests and Golf Premier Leagues, Thomas and Visacki represent humbleness and decency which never goes amiss.

NEXT PAGE: UK GOLF COURSE SAVED AT THE LAST MINUTE AND REOPENS TO GOLFERS AGAIN!