Should the PGA Tour move from Wednesday to Saturday on a regular basis?

The PGA Tour adjusted the Farmers Insurance Open from Wednesday to Saturday this week. Would you like this schedule to remain permanent? 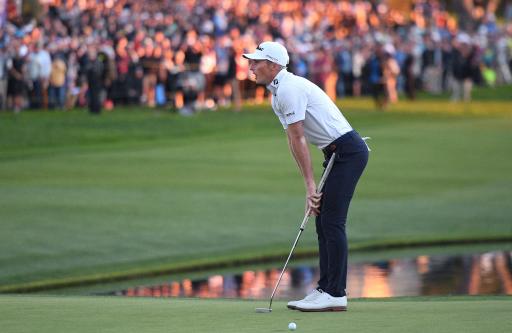 The Farmers Insurance Open was adjusted from Wednesday to Saturday this week so that the PGA Tour did not clash with American football on Sunday night.

Later this evening at the Arrowhead Stadium in Kansas City, the Cincinnati Bengals will face off against the Kansas City Chiefs in their AFC Championship match.

After this, the San Francisco 49ers will play against the Los Angeles Rams at the SoFi stadium in their NFC Championship showdown.

The PGA Tour made sure that the golf coverage did not clash with the NFL action. This decision was taken so that the platform's audience did not significantly fall if the final round was on Sunday night as normal.

RELATED: THE BEST GOLF GPS DEVICES AT SCOTTSDALE GOLF THAT YOU NEED IN 2022!

For a schedule that is so ingrained and solidified each week for players, experts and golf fans, it was a strange change to adapt to.

PGA Tour Golf should be Wed-Sat for all tournaments September through the Super Bowl.

The normal Thursday to Sunday format will return to the AT&T Pebble Beach Pro-Am and the Saudi International next week, so the players have had an extra day to prepare and make travel arrangements to the historic venue.

For British golf fans, who are less likely to have a passion for NFL than American golf fans, a Wednesday to Saturday format left less to be excited about on this Sunday night.

After a long week in work and activities at the weekend, it is always good to switch on the PGA Tour in the evening and get strapped into the action, especially for major championships.

This is from a British point of view. For American golf fans, I'm sure it will have been a convenient and well-organised compromise from the PGA Tour.

Fans of both golf and NFL in the states have had the best of both worlds. They watched a fantastic end to the Farmers Insurance Open last night, where Luke List won his first PGA Tour title, and they are set to be thrilled by the NFL conference matches this afternoon.

But I am just referring to this week as a one-off in this instance. Would the PGA Tour ever consider the concept of regular Wednesday to Saturday events? Would there be an attached advantage or incentive to a reformed schedule?

Regardless of which side of the pond you live on, golf fans always enjoy sitting back and tuning in to the final day's play on a Sunday. Also, the first round on a Wednesday could be lost on people during their working week.

There is certainly no talk of this concept being under consideration, and rightly so. Golf is a sport of tradition and Thursday to Sunday events are part of this. But what do you think?

NEXT PAGE: PGA TOUR: HOW MUCH DID EACH PLAYER WIN AT THE FARMERS INSURANCE OPEN?