The PGA Tour's Hawaii stretch continues, but who do we think you should put your money on? 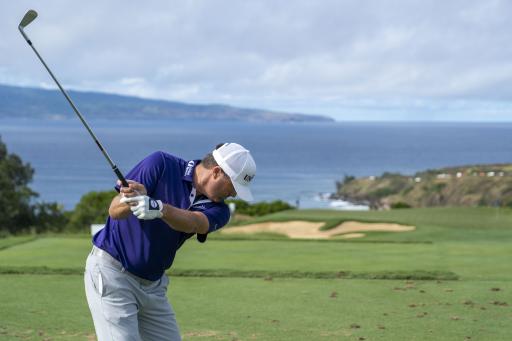 After Harris English won last week's Tournament of Champions in Maui, the PGA Tour's Hawaiian stretch continues with the Sony Open at Waialae Country Club in Honolulu, but where should you be placing your money this week?

The course is a 7,044 par 70 and accuracy will be crucial here. It's a fairly short course and wild tee shots will find trouble with the tree-lined fairways and the breeze will certainly play a factor.

Australian Cameron Smith claimed his second PGA Tour victory here last week, beating Brendan Steele in a play-off and with odds of 28/1 to defend his title, is he worth leaning towards? We think not...

RELATED: Rick Shiels calls out YouTuber over his "personal attacks" that have turned "more and more nasty"

So check out the GolfMagic team's bets for this week's action.

Picking Webb Simpson this week wasn't the easiest of decisions, as he has only recently recovered from Covid, so he's not exactly at the peak of his health, but his course form is too good to ignore.

In 2018, Simpson finished fourth in this tournament and last year he improved with a third place finish. It's a perfect set up for Simpson, with his consistency and accuracy.

He finished 17th last week which was a little disappointing, but I think the shorter course will bring out his better golf and if he's feeling fit enough he will be right up there in the leaderboard.

Kevin Kisner will be licking his lips at this tournament. This is a player who tends to struggle at the courses that require distance, but the winner at Waialae this week will likely be someone who is accurate off the tee and putts well, with Kisner fitting that bill perfectly.

He's finished fifth once and fourth twice in his last five appearances at this event too.

Ryan Palmer is a player who could surprise a few this week and the American is in fantastic form. His last tournament of 2020 was the ZOZO Championship where he finished T4 and he made a solid start to the new year, with a fourth place finish at the Tournament of Champions, which was probably a little disappointing for him given his opening two rounds.

Palmer finished fourth at this tournament last year too, so with his current form, mixed with a love for Waialae, 25/1 could be excellent value.