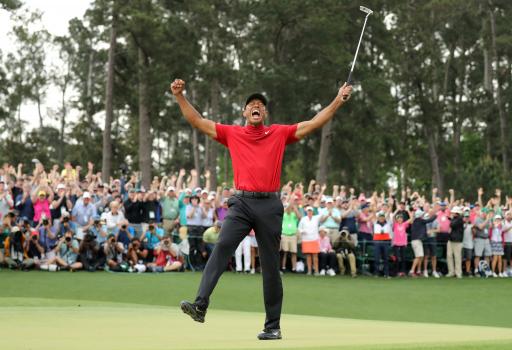 Tiger Woods returns to action at the Memorial Tournament at Muirfield Village this week and he has made it clear that his "intent" is to win the event and break Sam Snead's PGA Tour win record.

Winning the ZOZO Championship in Japan back in October, Woods equalled Snead's record of 82 PGA Tour wins and with the Big Cat returning to an event which he has won five times, Woods believes he can shatter that record this week.

"Whether that plays out come Sunday, hopefully that will be the case.

"There's no reason why I can't do it again this week. I've just got to go out there and do my work and make that happen."

Woods opted not to join others on the PGA Tour when it returned following the coronavirus outbreak and the 15-time major champion admitted he wasn't quite comfortable with the idea of returning so quickly.

"I just felt it was better to stay at home and be safe," he said. "I'm used to playing with lots of people around me and that puts not only myself in danger but my friends and family.

"That's something that I looked at and said, 'I'm really not quite comfortable with that whole idea, let's see how it plays out first'."

The last time Woods played on the PGA Tour was at the Genesis Open back in February, where he finished last out of those who made the cut.

The 44-year-old was asked how his body was performing physically during that event, compared to now as he returns to action.

"Well, physically I was very stiff at LA. I was not moving that well. Back was just not quite loose. It was cold. I wasn't hitting the ball very far, wasn't playing very well, and consequently I finished dead last.

"It's been very different not to have sports, but we've been lucky enough to have had Medalist open at home for most of this quarantine period. So it's been nice to get out on the golf course and be able to play and keep active that way.

"But as far as physically, I feel so much better than I did then."