Tiger Woods on car crash injuries: "This has been an entirely different animal"

Woods gives his first interview since his horror car crash with Golf Digest... 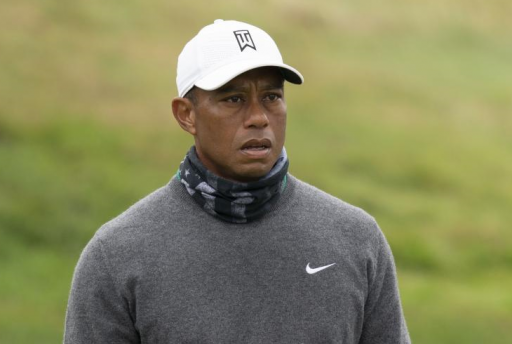 Tiger Woods has told Golf Digest that the injuries sustained in his single-car crash outside Los Angeles in February were more painful than anything he has ever experienced in his life.

Woods suffered traumatic injuries when losing control of his vehicle and crashing into a tree off the side of the road on the morning of February 23.

It was later confirmed the former World No.1 had been doing nearly double the speed limit on the road, but that there was no signs of impairment while driving.

Woods has now had surgery to treat his leg and is now recovering at home in Florida.

However, it still remains unclear as to whether the 15-time major champion will ever regain full mobility and strength in his leg, let alone tee it up again on the PGA Tour.

Speaking exclusively to Golf Digest for the first time since his horor crash three months ago, Woods explained how he is just taking one day at a time on his road to recovery.

"This has been an entirely different animal," Woods told Golf Digest.

"I understand more of the rehab processes because of my past injuries, but this was more painful than anything I have ever experienced."

He added: "My physical therapy has been keeping me busy. I do my routines every day and am focused on my No.1 goal right now: walking on my own. Taking it one step at a time."

Prior to his horror car crash, Woods was already recovering from a microdiscectomy procedure that he underwent in December.

This marked Woods’ fifth back operation overall and the first since his spinal-fusion surgery in April 2017.

He had also gone through five surgeries on his left knee, and even had arthroscopic procedure to clear scar tissue in August 2019.

Woods was most recently pictured on social media with cancer patient Luna Perrone.

US Ryder Cup captain also spoke about Woods this week, claiming Woods is more than likely going to play some part in the team come this September at Whistling Straits - READ HERE

RORY ON TIGER: EVEN FROM THE HOSPITAL BED, HE'S GIVING ME HEAT!