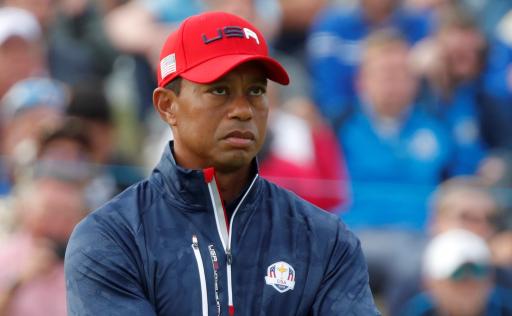 Autograph, the company pioneering partnerships with the world's biggest sports and entertainment icons to usher in a new era of digital collecting, will debut the first set of NFTs co-designed by Tiger Woods.

The collection will be exclusively available to view on Autograph.io and for sale on DraftKings Marketplace (Nasdaq: DKNG). The NFTs will drop over the next week allowing fans to have longer to access the collectibles with the second collection dropping on September 28.

"Autograph is thrilled to be the driving force behind the first-ever Tiger Woods NFT as a part of a larger, exclusive series of his digital collections,”" said Dillon Rosenblatt, CEO and co-founder of Autograph.

"Autograph’s incredible partners and team are committed to producing cutting-edge content that brings our audience one step closer to icons. Releasing a collection for Tiger Woods, one of the greatest golfers of all time, is a huge milestone as we usher in the new era of collecting."

"Autograph’s team is at the forefront of digital collectibles and enhancing the fan experience around NFTs, and I’m thrilled to be a part of the new era of collecting," said Woods.

"It will enable me to grow closer to my fan base and I’m looking forward to seeing that all fans have the opportunity to participate. I could not be more excited for future drops with Autograph."

While the Premier editions will offer thousands of Tiger’s digital collectibles, the Signed editions will have significantly fewer, with less than 300 total in the whole batch. Each owner of a Preseason Access Pass NFT, regardless of edition, will also be granted preferential access to a future NFT drop from Autograph.