Tiger Woods has demonstrated many different drills to his fans down the years, and the Nine Window drill is a great exercise to help with your iron play. 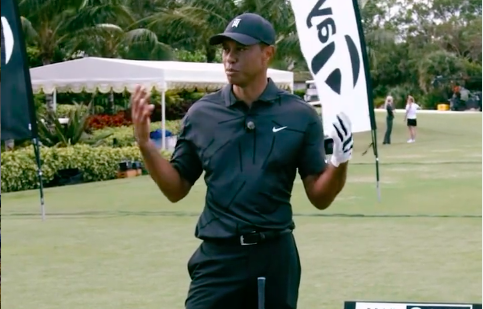 Tiger Woods has thrilled so many fans and golfers around the world by winning major championships and countless PGA Tour tournaments since he burst on to the scene in the 90's.

But he has also helped many people by staging clinics and coaching sessions to provide us with an insight into how he views his game and what his father Earl used to teach him.

In a session on the driving range with TaylorMade, Woods describes the Nine Window drill and how he has used it to improve his general iron play and shot-shaping.

"It is three different trajectories, high, medium and low. Then from there, it is about whether you are going to cut them or draw them. Those are your nine windows," said Woods to Chris Trott from TaylorMade.

In this drill, you have three choices between hitting a high shot, a medium shot or a low shot. Then you can divide these shots into a draw, a fade or a dead straight shot.

Once you have practised this drill, you can go on to the golf course and when you are faced with an iron shot, you can decide which of the nine windows you can hit in that situation.

As the 15-time major champion hits his balls down the driving range, he explains where his starting points are in terms of his alignment and where he wants his ball to finish after he has hit the draw or the fade.

As you can see, the 45-year-old also takes the wind into account and other variables that you are faced with when you arrive at the golf course.

RELATED: RYDER CUP: HARRINGTON EXPLAINS WHAT HAPPENS IF THERE IS A COVID-19 OUTBREAK

Woods has spent much of his career revealing his practice drills and giving young golfers tips and advice for their game. This is another reason why we can't wait for him to make a full recovery from his car accident.

Woods was involved in a serious car accident in February and after receiving surgery to open fractures in his legs, he is currently in rehab.

NEXT PAGE: TEAM EUROPE WIN OVER US FANS WITH CHEESEHEADS AT THE RYDER CUP