Tiger Woods returns to Riviera as the tournament host of the Genesis Invitational 30 years after making his pro debut. 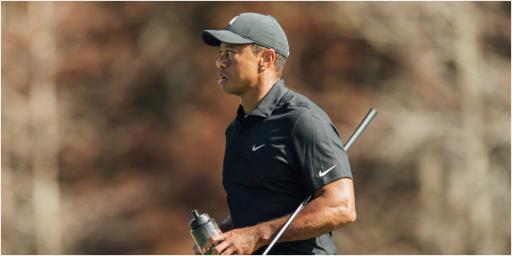 "What the hell just happened?!"

These were the words Tiger Woods used to describe his first tee shot as a skinny, 16-year-old kid making his debut at Riviera.

It seems hard to believe, but it was back in 1992 at the Los Angeles Open 30 years ago that Woods made his debut on the PGA Tour.

He had been granted a sponsor exemption and came to the first tee with a massive reputation and skill beyond his years.

Wearing a white hat, red and white shirt, grey trousers and white shoes, Woods made his first swing in the pro game.

Speaking to GolfDigest in an interview ahead of the 2022 Genesis Invitational as tournament host, he spoke of that first shot.

It was the first time that he felt different on a golf course that he first visited and watched other pros play as a 10-year-old boy.

Woods told the publication of that shot:

"I tee'd the ball up no problem at all. I took the club back and it got heavy. And the more I took it back it got heavier and heavier and heavier. To the point where I got to the top and didn't know what to do. It just seemed like an eternity to get there. And when I got there I don't know what to do and I turned, I came down, I don't remember feeling where the clubhead was, I don't remember feeling the impact of it. I just remember seeing the golf ball go out there and have a nice little tight draw and it was right down in the middle of the fairway. I said, what the hell just happened?"

Watch: Footage of Tiger Woods' first start as a 16-year-old

Elsewhere in the interview, Woods discusses his earliest memory at Riviera. He spoke of his foundation and his late father Earl Woods.

Woods discussed how a decision was made "as a family" when he received the invite as a teenager to the tournament.

He wanted to see just how good he was compared to the other players.

Woods has been hosting the Genesis Invitational for the last five years. Last year, only days after he hosted the tournament he was involved in a car crash.

Next page: Tiger looks huge in first public appearance ahead of Riviera