One of the producers working on the Netflix golf documentary has asked the Internet for some name suggestions on what to call the show. 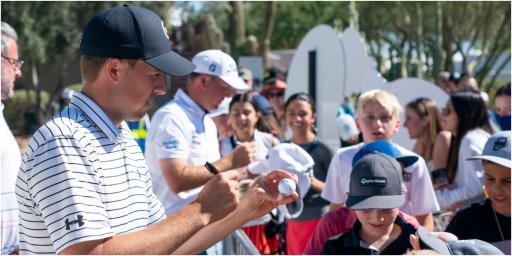 Only a few months ago it was confirmed that a Netflix documentary was commissioned featuring golf's biggest stars.

Filming has already started on the behind-the-scenes show, which will be in the similar vein of the Formula One show Drive To Survive.

The word on the street is that the cameras were at the WM Phoenix Open and captured some awesome, bonkers content from the 16th.

A host of top players will be filmed in their daily activities. Their caddies will be mic'd up at the majors, too. It will be interesting to watch.

One player who decided not to take part was Bryson DeChambeau, suggesting he didn't want others to steal the limelight.

This week, one of the show's producers Chadd Mumm asked the Internet for ideas for what they should call the show.

These are some of the best responses:

What should we call the Netflix golf series? And don’t say “Drive to Survive”.

No Protection or Accountability

Drive, Chip and Putt to Survive

A Straight Line in the Opposite Direction

One Man to Beat (golf being a you-vs.-yourself sport)

One Shot at a Time

Tour of Duty (to be narrated by Bob Parsons, obvs).

The Greatest Show on Grass