Tiger Woods friend: "Next time we see him will be at the PNC Championship" 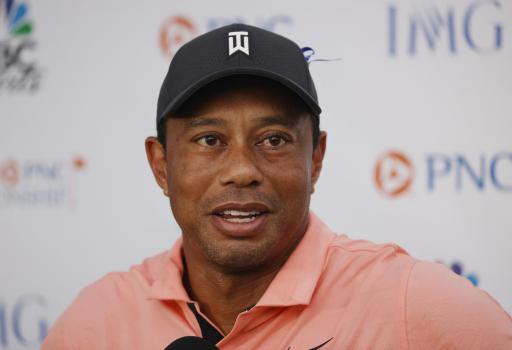 Tiger Woods' close friend and 11-time PGA Tour winner John Cook believes we are unlikely going to see the former World No.1 tee it up again until the 2022 PNC Championship alongside his son Charlie Woods.

Cook, 64, first met Woods when he was at Isleworth during his early years on the PGA Tour and the pair have remained in close contact ever since.

If Cook's outlook is correct that means we won't see Woods play in any of the four majors in 2022 or any PGA Tour events for that matter.

The 2022 PNC Championship, which is an unofficial PGA Tour event staged over 36 holes, is not until the third week of December.

But Cook, who now works as a studio analyst for Golf Channel, believes the same tournament will be the next time we see Woods in action, despite the 15-time major champion recently hinting he would love to make the 150th Open Championship at St Andrews this July.

"I don’t think his body will be physically ready. He can’t train the way he’s going to want to train.

"He’s never been a ‘show up’ guy if his game isn’t ready for prime time, but I see it happening at some point otherwise he wouldn’t be testing a ball, shaping shots on the practice tee, working on a new driver that he likes. I think there’s a motive to that."

Cook added: "Talking to him, he was pretty open and honest. He said he was exhausted. He saw enough good stuff with his short clubs and his feel, but the long irons were falling out of the sky, but that was just from some mishits. But he said, ‘I’ll get that.’"

NEXT PAGE: BUTCH HARMON ON TIGER WOODS - "IF HE DOESN'T LEAVE ME ALONE, I'M GOING TO HIT HIM WITH HIS CLUB"