The irons Tiger Woods used during the "Tiger Slam" era where he won four consecutive majors have been sold at auction for a staggering sum of money. 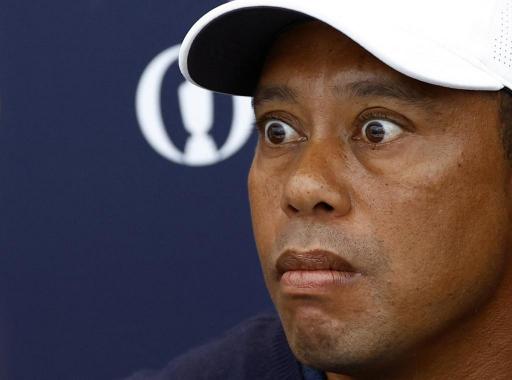 The clubs Tiger Woods used during his spell of utter dominance have now sold at auction for a whopping $5.16million.

The "Tiger Slam" irons were used when he won four consecutive major championships across 2000 and 2001.

There was some debate about if the clubs were genuine. They were in possession of Texas businessman Todd Brock.

Brock purchased the clubs at auction from former Titleist VP Steve Mata for just over $57,000 in 2010.

The set included nine Titleist 681-T irons and two Vokey wedges. One of them is a 58-degree wedge and the other is 60 degrees. Both of the wedges have "Tiger" stamped on them.

To ensure the authenticity of the clubs, the irons came with an affidavit and polygraph results from former Mata and another affidavit from former Titleist vice president Rick Nelson.

Ryan Carey, the owner of Golden Age auctions, told the PGA Tour that they are 100 per cent sure that they were the clubs used by Woods when he was at the peak of his powers.

Bidding for the set of "Tiger Slam" irons began back in March, with the starting bid of $25,000.

The "Tiger Slam" is seen as one of the greatest accomplishments ever in golf when 25-year-old Woods won four consecutive majors over the course of two calendar years.

Woods won the 2000 U.S. Open at Pebble Beach, The Open Championship at St Andrews, the PGA Championship at Valhalla Golf Club and capped it off with a win at the Masters.

It will come as no surprise that the Tiger Slam irons are the most expensive piece of golf memorabilia in history.

The most expensive piece of memorabilia in world sport was the shirt worn by Diego Maradona during the 1986 World Cup during the "Hand of God" match against England.