Tiger Woods, Arnold Palmer and Jack Nicklaus all rank in the top five highest-paid athletes ever, with a certain iconic basketball player in the top spot. 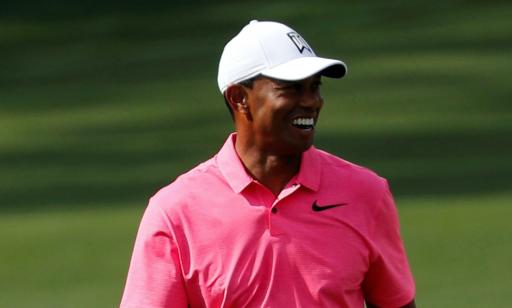 Tiger Woods headlines a wealthy trio of world-famous golfers who have been ranked in the top five highest-paid athletes of all time.

Woods, along with Arnold Palmer and Jack Nicklaus, occupy positions two, three and four in the standings produced by Sportico.

The late-great Arnold Palmer, who turned professional in 1954 and won seven major championships, has inflated adjusted earnings of $1.5 billion.

His good friend and 18-time major winner Jack Nicklaus sits at fourth in the earnings table, one place ahead of Manchester United player Cristiano Ronaldo, on $1.38 billion.

These three legends of the game are part of a group of five golfers who have made the list of the top-25 highest-earning athletes of all time.

Phil Mickelson is ranked 11th in between Roger Federer and David Beckham, while Greg Norman is in 15th place with total inflation-adjusted earnings of $815 million.

Woods, three major titles behind the Golden Bear, is top of the all-time career earnings list on the PGA Tour, but Sportico have considered endorsements, licensing and off-course income streams.

There are no prizes for guessing who tops the all-time earnings for any sport. Michael Jordan has himself become a franchise and his inflated-adjusted earnings stand at $2.62 billion.

He turned into a professional NBA player in 1984 and he has since become one of the most recognisable figures in world sport, off the back of his successful and illustrious career with the Chicago Bulls.

This year, Jordan will receive an approximate sum of $150 million in royalties from Nike which have produced the famous and expensive Air Jordan shoes for many years.