Tiger Woods is on the entry list for the PGA Championship in May, but will he make another sensational appearance at the second major of the year? 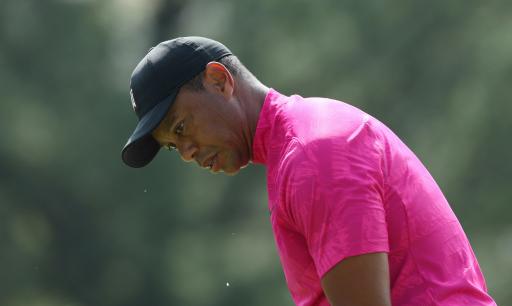 Tiger Woods is set to scout Southern Hills Country Club and play a practice round ahead of the PGA Championship in May.

According to TWLegion on Twitter, the 15-time major champion will travel to Tulsa, Oklahoma this week to begin his preparation for the second major championship of the year.

Woods is reportedly aiming to complete his trip to the famous venue, which has hosted seven major championships, to be back to host Tiger Jam at the weekend.

Tiger Jam is an event hosted by the 46-year-old himself and the TGR Foundation. The event, held at MGM & Shadow Creek in Las Vegas and sponsored by Draft Kings, aims to raise money for youth programmes.

#NEW: Have heard from a source connected to the PGA that Tiger plans to scout Southern Hills Country Club ahead of his charity event this weekend in Vegas.

Up to now, Tiger Jam has raised $22 million for the TGR Foundation. It is assumed that Woods will scout Southern Hills on Friday before hosting Tiger Jam all weekend.

Woods, a four-time winner of the PGA Championship and one of which came at this year's venue, took a similar approach to his decision to play at The Masters.

He flew to Augusta to play a practice round to test his body on the terrain. As he got through the week at The Masters, it appeared fatigue set in and the extent of his injuries was clear.

After valiantly finishing 47th at the first major championship of the year, Woods confirmed that he will play in The 150th Open Championship at St Andrews.

The home of golf is a special place for Woods. He was won three Claret Jugs in his career and two of them have come at the famous Old Course.