Tiger Woods interacted with fans, watched golfers and presented at the winner's ceremony at the Genesis Invitational last week. Is he on the verge of a comeback? 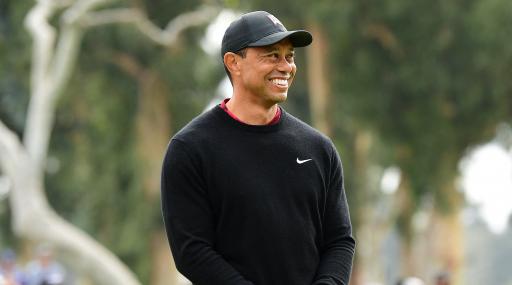 Tiger Woods played an active and refreshing role as non-playing host of the Genesis Invitational last week and it was a pleasure to see him in such good spirits.

Throughout the week, there was footage of Woods walking around the grounds, fist-bumping the spectators and interacting with the visitors to Riviera Country Club.

He was healthy and energetic enough to sit in the commentary booth with Jim Nantz and Sir Nick Faldo when he confirmed his attendance at the Champions Dinner for The Masters in April.

There was also a fantastic picture taken of the 15-time major champion sitting on the edge of a bench talking to Rory McIlroy. How great it would feel to be a fly on the wall there.

Tiger Woods is on the march https://t.co/1LfvCH3Lq9

You may think this is a pedantic or easy-to-make observation, but Woods seemed to move around the site fairly freely and take up more duties and more responsibilities than his hosting role at the Hero World Challenge at the end of 2021.

Over two months have passed since his sensational return to Albany Golf Club in the Bahamas, which may have been a period that has allowed him to grow more ease in his mobility.

The 46-year-old is unsure if he will play at The Masters, or the par-3 contest when Nantz asked him. He did reveal in his press conference last Wednesday that he would've wanted more progress by now.

He may have rolled back the years at the 2019 tournament at Augusta, but time waits for no one and he admitted the age factor doesn't exactly speed up his rehabilitation from the injuries he sustained in a horror car crash 12 months ago.

But I believe this week was encouraging. There was fantastic energy at Riviera and this was probably down to Tiger's presence and the organisation from the TGR Foundation.

When he is not actually playing golf, it is hard to spot signs and mannerisms from Woods. But from what we were able to see, there was no cast, no limping and a lot more activity.

NEXT PAGE: EDDIE PEPPERELL WITH HILARIOUS TWEET ABOUT THE SAUDI GOLF LEAGUE