Charlie Woods, the 13-year-old son of Tiger Woods, was back in action at the Disney Junior Open and he was in fine form once again. 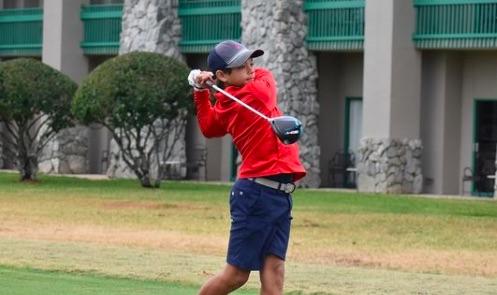 Tiger Woods' son Charlie was back in action last weekend at the Disney Junior Open and the 13-year-old star played superbly.

Charlie, who was mightily impressive at the PNC Championship in December, finished in second place in the Boys 11-13 section at the event hosted by Walt Disney World.

The young superstar finished on 1-over-par after two rounds and four shots behind Shayaan Kim. Charlie is certainly making his mark on junior golf in Florida.

The event was held as part of the Hurricane Junior Golf Tour and there were six different divisions playing at the Disney Junior Open such as the Boys 14-15 section and the Boys 16-18 section.

RELATED: TIGER WOODS WILL RETURN AT GENESIS INVITATIONAL ON PGA TOUR NEXT WEEK

Charlie shot rounds of 75 and 72 which is hugely impressive and this is no surprise when you consider his form when playing with his legendary father in Orlando at the end of 2021.

The Woods duo finished second at the PNC Championship to John Daly and his son John Daly II. It was not only great to see Charlie's golf but also Tiger's return to competition in a non-official PGA Tour event.

As for Tiger's return to public life, he will be present at the Genesis Invitational next week on the PGA Tour as a non-playing host. The TGR Foundation is the primary charitable beneficiary at this event.

Earlier this week, Popstroke posted a picture of the 15-time major champion smiling with a young competitor named Jaden Peterson.

The excitement that surrounded Woods and his son Charlie at the PNC Championship was tangible throughout the week and his presence at Riviera Country Club next week should have the same effect.

At the 2021 renewal of the Genesis Invitational, which was won by Max Homa, the 46-year-old was in the commentary booth during coverage of the final round.

Golf fans would be extremely excited to see Woods back in the commentary box as his insight and experience is gold dust.

NEXT PAGE: VIKTOR HOVLAND HAS A FRESH HAIRCUT & A NEW DRIVER AT TPC SCOTTSDALE