Here is a list of the players GolfMagic believe will not be signing up to the SGL. 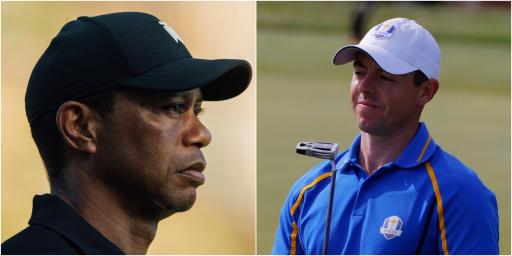 It has dominated the headlines after Phil Mickelson's explosive comments. NDA's have been signed. It's all a bit hush hush.

What we do know, however, is that Greg Norman as the figurehead and his gang of merry men at LIV Golf Investments are serious.

So much so that allegedly this new enterprise has $1.5billion to try and tempt players to ditch their PGA Tour allegiances.

There are some we know would never agree to play. Tiger Woods' legacy is the PGA Tour. Brooks Koepka, too, seems content.

On the other hand, there are some who we would not be surprised to see take the money and run. Hello, Jason Kokrak.

Here are the 10 golfers GolfMagic believes would reject any offers

Spieth was one of the players who decided to play the AT&T Pebble Beach Pro-Am over the Saudi International.

He believe the Saudi investment is a threat, but believes it could play into the PGA Tour's hands.

More money has been made available for its players in prize purses this year, plus there was the introduction of the PIP last year.

Could Spieth be tempted? We're not so sure. It might be a case of he believes this "threat" just strengthens the PGA Tour's position.

The Northern Irishman has made no secret of what he thinks of this. The term "money grab" has been used.

He also slammed the "competitive integrity" of the ideas talked of by Norman.

Koepka said: "It's been pretty clear for a long time now that I'm with the PGA Tour, it's where I'm staying. I'm very happy. I think they do things the right way. People I want to do business with. I'm happy to be here."

Morikawa joined a number of players using the tired phrase of "growing the game" before jetting off to play the Saudi International.

Yet we would be surprised if he jumped ship. Surely he prides himself on the PGA Tour?

We're leaning on a thanks, but no thanks. Just.

Cantlay said he was a "curious observer" to how this all plays out.

"I think it's tempting for everybody. And to deny that would be, you know, maybe not true … I think it's a complicated thing and I don't think there's an easy answer," he said.

Spoken like a true politician. Cantlay could fall into the "You go first and I'll follow" camp.

Thomas was candid in his responses.

He said: "I think if the idea of other competition and other tours or whatever happening, I think it's a good opportunity for the tour to kind of maybe sit back and us players sit back to realize what can we do better on our tour and then make our product better, versus having two competing tours to me is not good because you're diluting the product on both sides and it’s just not, you're not going to get the best — it's not possible to get the best players in the world on both tourr. They're either going to be one or the other or a little bit of both."

Hovland hasn't made any notable comments on the record about this. He was asked about it ahead of the WM Phoenix Open. He admitted that it was difficult to talk about and, that he hasn't really discussed it with his fellow professionals.

"I certainly love playing on the PGA Tour," he said.

His decision to play in Saudi Arabia means that he could have his ear bent. But again, we're not fully convinced.

He also said this to Golfweek: "I think what I'm going to do is focus on just the PGA Tour.

"At the end of the day I'm a competitor. I'm a PGA Tour member and I'm going to stay that way.

"Hopefully I have a long career ahead on the PGA Tour.

"The PGA Tour has done such a great job with what we have and I'm really thankful for what they've done."

It's all about legacy. Zero chance.

Berger doesn't really seem to play too many international events.

Perhaps he would just like to continue his career on the PGA Tour.

He chose to play Pebble Beach, but then was forced to withdraw because of a back injury.

Do you agree? Let us know.